There was a time when the idea of using textile material for primary load parts was scary. Thankfully we now live in the post-era of composites’ mistrust and we can no longer deny the revolution they brought and the advances they enabled. Composites in the aeronautics and aerospace industry usually refer to the laminated and woven ones. They both present 2D hypothesis and consequently weaknesses regarding their performance when out-of-plane properties are called upon. This was when 3D Woven Composites came into existence and what an impact they have had!

To give a brief practical insight into this new brand of composites, we can cite the most successful story of the 3D composites that is the fan blades of the Leap turbo-engine. This is the newest and best-selling turbo-engine of all time, created through a joint venture between GE and SAE. The parts, usually made from titanium, now rely on 3D Woven Interlock Composites made from resin and carbon fiber. The parts still deliver on their original requirements with the perks of better mechanical properties, better fatigue resistance at high cycles, decrease of the turbo-engine’s weight, smoother shapes and a lack of corrosion and lubrification issues.

Nowadays 3D Woven Interlock Composites, commonly known as 3DWIC, can be made through several processes such as RTM, VARTM and RFI. In the case of the classic RTM, Resin Transfer Molding, 3D woven interlock composite (3DWIC) is fabricated by premaking the reinforcement prior to the injection of the resin. Then it is a case of consolidating three sets of fibers already interlaced while alternating accordingly to achieve the desired pattern. A common configuration is to align one set along the longitudinal direction, the second in the transverse one according to a chosen angle, and the third interlocking the layers.

As you may observe, there can be four possible configurations:

When it comes to properties, failure and fatigue, 3DWIC delivers just like composites. What sets them apart though is the lack of out-of-plane issues and the large volumes with speedy production. The volume fraction of fiber is also increased, guaranteeing better toughness and composites moduli. Through the thickness resistance is drastically improved as well

Their disadvantages, manufacturing wise, lie in the major defects such as folds or tows’ fracture due to the tensile and compressive and shear loads occurring while manufacturing. They may also be regarded as too thick (several tens of centimeters) compared to the average composites as well as weak when it comes to in-plane shear resistance.

On the analytical scale, modeling 3DWIC exists to different degrees. The analytical and numerical models are derived from the 2D ones and take into consideration coupling of shear and tension through the interlock. The FEA models are diverse, as many opt to use unit cells to represent the WDIC, while others go for the weave methodical meshing. Micromechanics has allowed the emergence of a homogenized model, using a Representative Volume Element (RVE) which reduces computation time and is able to accurately pin point regions of interest. This will confine detailed modeling and provide decent results. However, there is still more work to do to improve the manufacturing procedures, to avoid inner defects and to model the details of the weaves on computer so as to deliver accurate thermomechanical results. 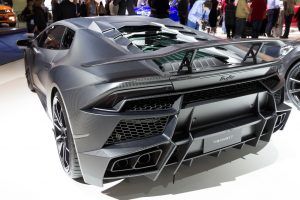 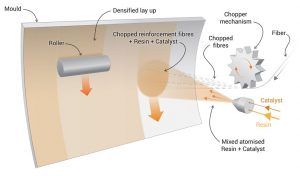