“Eureka! Gold is found!” …though the expression “Eureka” is often attributed to Archimedes, it was likely not he who coined the phrase. The ancient legend says that Archimedes was asked by the local king to find out if he could have been defrauded in the manufacture of a new golden crown, and if it might have been alloyed with lesser metals and not be made of pure gold. The king had given a known quantity of Gold to his goldsmith, but the volume of the crown was not known, so the King could not know for certain that the Gold was not alloyed with Silver.

Archimedes thought for days, but could not come up with a way to ascertain what the composition of the crown might be. One day while bathing, Archimedes noticed that his body mass displaced a relative quantity of water. He realised that a solution could now be found – the weight of the crown was known, and by placing the crown in water, collecting the displaced water and measuring its volume, he could then ascertain the ratio of the metals that the crown contained.  The legend says he then ran naked through the streets yelling “Eureka”. Eureka means “I have found it”, in ancient Greek. 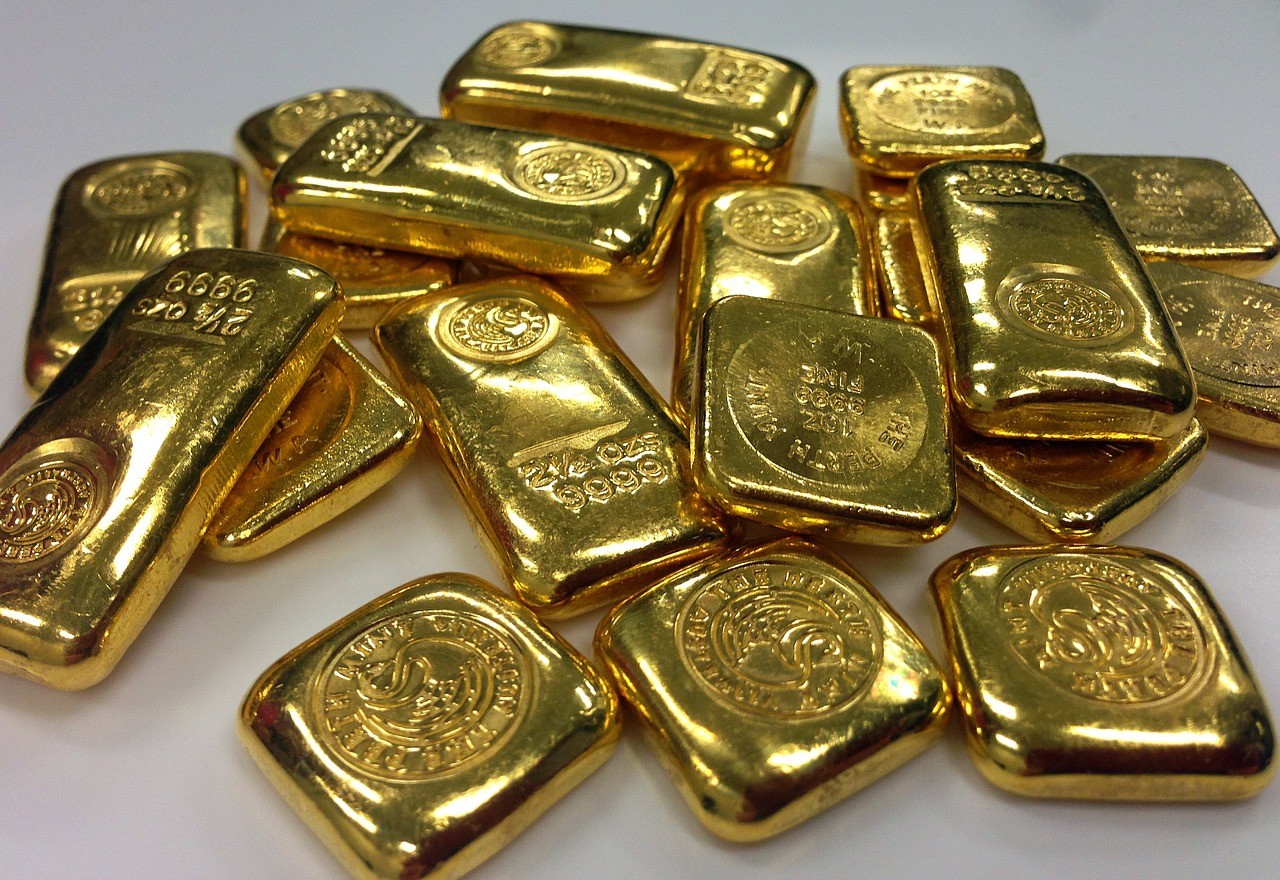 During the California rush in American West  when a miner would find a vein of golden ore, he might exclaim “Eureka!” and this call may have been used in many prospecting strikes and claims, including Australia in the 1850’s, New Zealand in the 1860’s, South Africa in the 1880’s and the Alaska “Klondike” gold rush in the late 1890’s.

Gold has been important to mankind since early times. It has been highly valued by many civilizations throughout history not only due to its rarity, as a source of value, but due also to its properties.

Gold is valuable for far more than stabilizing currencies, as it does not tarnish, and is very workable. It is so ductile an ounce can be drawn out into a wire 50 kilometers long, and it can be coated so thinly that it appears transparent.

Astronaut’s space helmets are an example of how thinly gold can be applied. The helmets typically have a coating thickness of 0.00005 millimeters on the glass for reflectivity, while the coating drastically reduces solar glare and heating. Obviously the helmet glass is still transparent.

Gold can also be beaten so thinly that it is almost invisible, and very thin leaves of hammered Gold are used for leafing or gilding. Once hammered, a single ounce can cover more than 9 square meters.

Most gold currently goes to making jewelry, but other uses are slowly growing.

Gold is used in electronics for coating electrical connections as it does not oxidize or tarnish. While some other metals, such as silver and copper, are better electrical conductors, gold will outlast them due to its resistance to corrosion and additionally it is extensively used in critical applications, such as airlines and hospitals, where failures are not acceptable.

As for consumer products, hundreds of millions of dollars’ worth of golden components are used in the manufacture of cell phones each year. One source says a ton of cell phones can yield as much as 280 grams of gold.

Since the beginning of time, gold has been found due to one of its properties, its density. At 19.32 gr/cm³, it is denser than most other metals, with some exceptions being Osmium, Platinum, Plutonium, Tungsten and Uranium.

In placer deposits (an accumulation due to the effects of gravity during sedimentation), or loose deposits of metals and minerals where the gold is not locked into formations, placer metals will migrate to the lower levels of the substrate, and will often wash out in rivers and streams. The metals in the rivers and streams will migrate to the lower levels of the sands and gravels. This physical density actually makes numerous recovery operations such as panning and sluice boxes possible. Most of the gold up to this century has been recovered using gravity methods.

One major flaw of the gravity separation method is that very fine golden dust is lost in processing when water is used as the driving force for density separation. Any time water is used in processing ore, the finer particles are often carried off with the flow of water. In order to salvage the sometimes large quantities of fine golden dust, modern industry has developed several types of equipment such as cross belt separators and centrifugal concentrators.

In order to further increase fine metal dust recovery, amalgamation is sometimes used. Amalgamation is the practice of bringing free gold into contact with mercury. When both metals contact, the two substances form a compound called amalgam. One type of equipment commonly used for fines recovery is a plate amalgamator. A plate amalgamator is a metal plate with a thin film of mercury anchored to it. Feed is washed slowly over the plate, and golden dust adheres to the mercury. Once the amalgamation is concentrated, the amalgamation is sent to a process retort, which similar to a refinery tower, boils off and recovers the mercury, while retaining the gold in the “bottoms”. Much care must be taken when using mercury as a recovery option.

In the early California mining days, miners would use what they called a “Potato Retort”. They would roll mercury around in their pan, until it picked up all of the fine golden dust. They would then put the amalgam into a cast iron frying pan, and taking a potato, they would cut it in half, and scoop out a hole the size of the amalgam ball. They would put the half of the potato over the amalgam ball and put the frying pan on the fire. The fire would cause the mercury to vaporize and then re-condense inside of the potato. The gold would be recovered from the frying pan, and the potato half would be broken and the condensed mercury would be recovered to use again.

There are many more types of extraction and recovery that are not covered in this article. The above article discusses ways of concentration of ore for smelting. If the gold cannot be concentrated for smelting, then it is normally leached by an aqueous solution. Cyanide or Thiosulfate leaching are industry standards. There are also “refractory” ores, which are sulfide or organic carbon containing ore, resistant to recovery by cyanidation, and require pre-treatment in order for cyanidation to be effective in the recovery. These techniques will be discussed in separate articles.