In 2009 a project was initiated to make a support structure for the Anne Frank tree, a historical chestnut tree treated as a landmark from the second world war. A previous inspection showed that significant rot was present at the bottom of the tree, leaving it weakened and susceptible to blowing over. A steel structure was designed and built to protect the Anne Frank tree from high wind gusts in the area.

There were several defects in the design of the steel structure.  First, the top ring was much too low around the tree, located below the rotten area of the tree trunk. At high wind speeds the ring position caused high shear forces at the rotten point of the tree. The lowest ring should have been positioned above this rotten spot to provide maximum support.

Second, the steel support was so stiff that it negated the benefit of the natural flexibility of the tree. The tree’s normal flexibility actually allowed it to absorb most wind gusts. The construction should have been designed to move along with the tree. For example, the tripod could have been made from curved pipes rather than straight ones. This curvature would have made the structure less stiff. In addition, good contact between the rings and the tree is very important. Chocks should have been used to stiffly connect the rings to the tree.

Finally, the footplates that connected the pipes with the tripod were not designed properly. The way they were designed lead to high bending forces on the welds. Welds are only strong under shear stresses; bending stresses are very unfavorable for welds. To connect the ground-based construction with the tripod, no footplates should have been allowed. A much better des 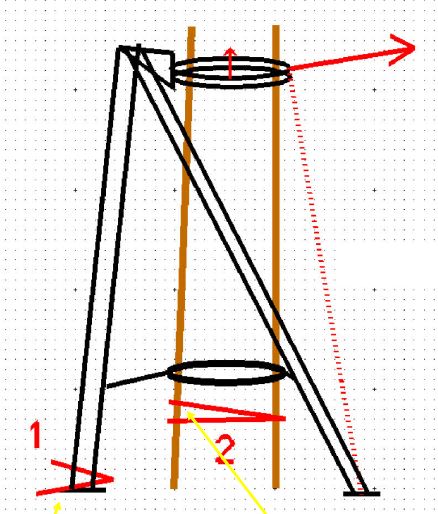 When we look at the failed support structure we can see the cause of the failure.

There was also another potential cause of failure: When the upper ring moved to the right only tension and compression forces occured in the three legs of the tripod. When the lower ring moved horizontally, bending forces also occured in the legs of the tripod. When a steel bar is under tension the elastic movement is low, and a bar under bending forces will generate much higher elastic deformations. So, at the same horizontal force the lower ring would have moved much more horizontally compared to the upper ring. Due to this effect the tree would have deformed more near the ground. The tree was rotten in that area so the high shear force caused it to break.

In summary, three design errors were made: 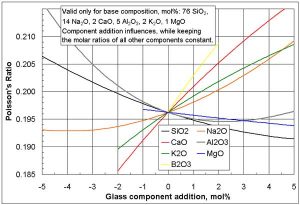