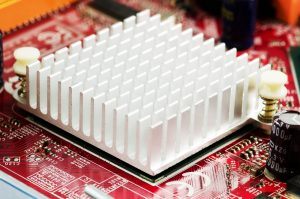 Thermal engineering is one of the most fundamental areas of mechanical and chemical engineering, with the study of heat transfer being one of the most significant disciplines. Heat is energy, so heat transfer is practically energy transfer that takes place in small scale but affects large systems such as renewable energy harvesting units, industrial cooling systems, steam power plants, etc. In this post, we will take a look at the basics of thermal engineering and heat transfer, mentioning the basic concepts and calculations that engineers perform in order to determine the performance of heat exchange, cooling, and heating systems.

Before we proceed to the actual heat transfer mathematical considerations, it is important to mention that according to the second law of thermodynamics, heat can only be transferred from a hot object to a colder one. This is because for an isolated system, entropy has the tendency to increase to a maximum value, so energy is practically dissipated among the elements of the system and given enough time all mass particles will have the same amount of energy, or heat if you like. That said, you cannot have heat flux from a colder object to a hotter one because this violates the second law of thermodynamics.

Continuing from where we left from the previous paragraph, I will start with entropy which is symbolised with “S” and is connected with “Q” which is the heat energy (measured in Joules) and “T” which is the temperature (measured in Kelvin). For an isolated system, the entropy will increase to a maximum value, so we have ΔS = Q/T meaning that the initial and final S value is determined by the total heat energy and temperature of the system.

Proceeding further, and since heat transfer is taking place on the molecular level, it is important for engineers to be able to calculate the number of moles of a material for a given mass (measured in grams). This is calculated with the formula n = m/M where “M” is the molar mass that is provided (or derived). For example, the molar mass of water is about 18 g/mol, so if you have 500 grams of water you actually have 27.7 moles of water. Now to determine the moles to molecules, you multiply 27.7 by the Avogadro’s number which is 6.02*1023. The result is symbolised with “N”.

A basic consideration is the specific heat which indicates the amount of energy per unit of mass that is enough to raise the temperature of an object by one degree Celsius. This connects temperature difference with the energy amount that is exchanged, and it is given by the formula “Q=cmΔΤ”. The “c” part is the specific heat which is provided by tables and measured in “Joule/gr*Celsius”.

Next, we have the heat transfer rate “Qdot” measured in Joules per second that is important for the evaluation of heat exchangers’ performance, and an indicative pointer of when a system has reached thermal equilibrium. Similarly, there also is the heat flux (qvector), that indicates how much energy in Joules per second (Watts) is flowing from or to a square meter of area of a heat exchanger. This flux depends on the difference of temperatures between the two bodies that constitute the energy exchanging elements, the thickness (dx) and the thermal conductivity (k) which is determined experimentally. For example, water has a “k” value of 0.591 W/(m*K). The formula that allows us to calculate heat flux is qvector=-k(dT/dx) or alternatively “P=dQ/dt” for a more generic bulk energy result without consideration of the area and thickness of the bodies.

As materials have an intrinsic thermal conductivity value, they also have an intrinsic thermal resistance property that is symbolised with “R” and is measured in Kelvin*m^2/Watt. The formula that provides the thermal resistance is “R=ΔΤ/q” or “R=dx/k” if we are considering the thickness of the material again for the calculation of thermal insulance.

Finally, we should also include the property of the latent heat that is symbolised with “QL” and is given by the formula: QL=m*L where “L” is the specific latent heat value given by tables and measured in kJ/kg. Latent heat is an amount of energy that is required for a material to change phase without changing temperature. For example, to change liquid water to steam, we have to supply a specific amount of energy to the water molecules to make the water boil and change to gas. As we supply this energy in the form of heat, the water is boiling at a stable temperature of 100 degrees Celsius, vaporising to steam. The amount of energy that is used for this phase transition at a stable temperature is called latent heat.

Here is a simple example of cooling a hot object by immersing it inside a water tank. We know from the second law of thermodynamics that given enough time, the hot object and the water will reach a thermal equilibrium. Suppose that the tank is located indoors at a steady temperature of 20 degrees Celsius so as our system is defined, and that the tank is filled with 100 kg of water. We dip an object of 10 kg of mass made of cast iron which has a specific heat of 0.46 joule/gr*Celsius and a temperature of 500 degrees Celsius. What will the final temperature be? 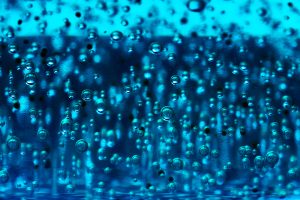 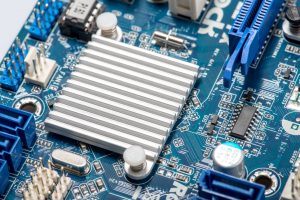 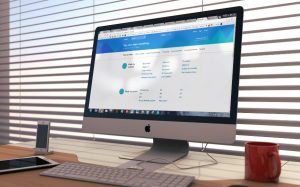 The Khan Academy – any good for science and engineering?