Lightweight and extremely rigid, carbon fibre was a game changer for the aerospace and motorsport industry. Although some manufacturers have been doing a good job on introducing carbon fibre chassis to road cars, like in the BMW i3, it’s just natural to imagine very expensive products when we talk about this material. 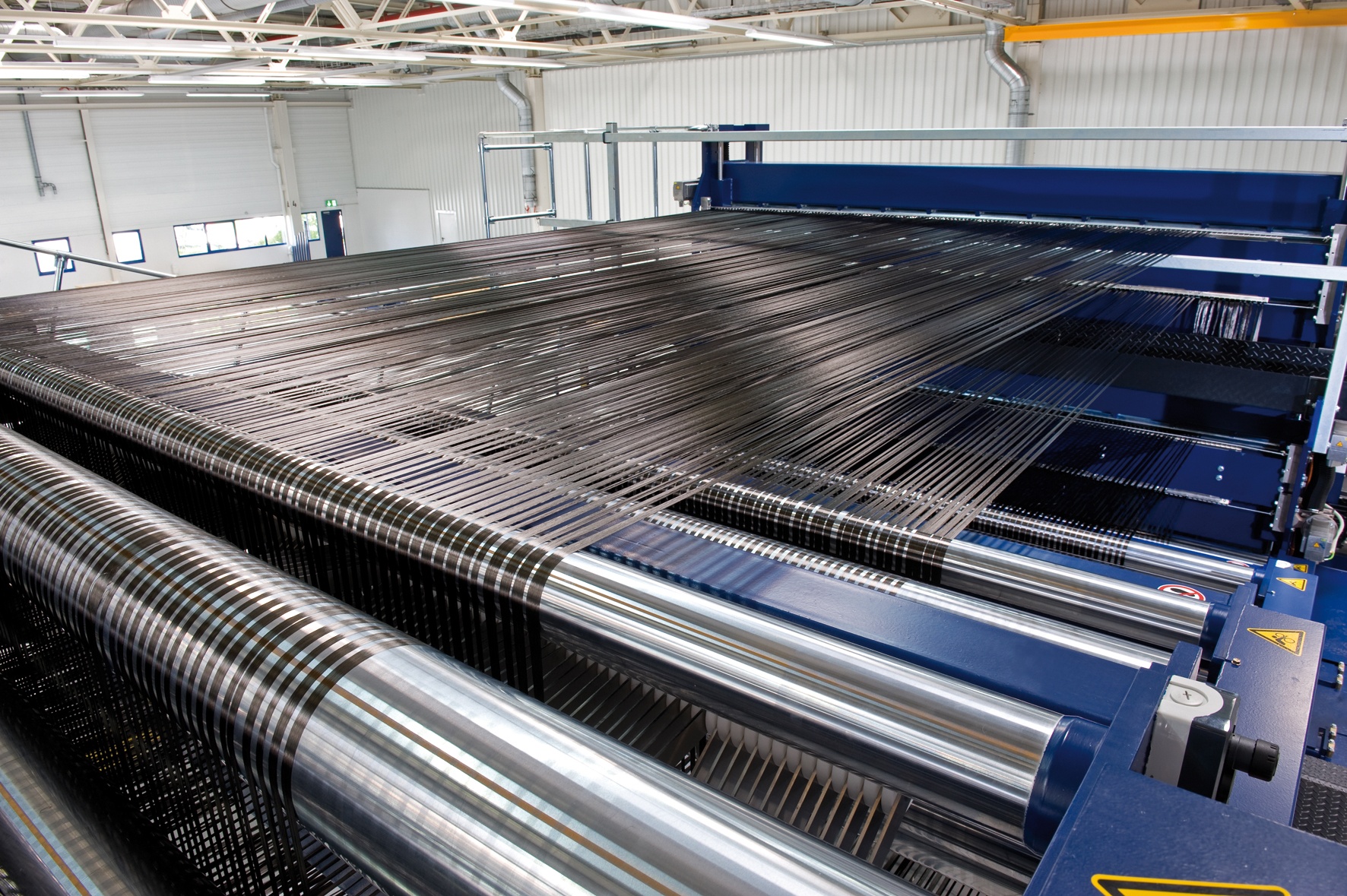 The high costs come from the very nature of the material and its manufacturing process. In a nutshell, carbon fibre is created by drawing raw materials into long and very thin fibres which are woven into fabrics which are stiffened by mixing them with resin and curing.

Manufacturing a part using carbon fibre is a manual, high intensity and skilled process. The technician laminates several strips of a carbon fibre fabric on a mould while applying an oxidizing agent on every layer – this assists with binding and adds to the strength of the material. Each part will then go to a autoclave under a vacuum controlled atmosphere where the part will cure and become very stiff. After the curing process, the part will be trimmed and finished. 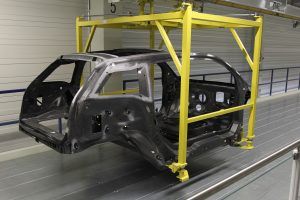 If we look at racing team volumes, like in Formula 1, we can see very low volumes on very specific parts that can actually change from race to race. In an industry where money is no object there is no sense in automating the process if you are only producing two cars and they are changing all the time. Automating such a manual process is very hard and that is why it is proving difficult to to come up with a cost effective way to produce carbon fibre parts.

BMW’s approach to making cost effective carbon fibre still relies on a labour intensive style of production. However, using several partners to supply their material demands, robots for material positioning and giant presses in a state of the art factory, progress is being made. The whole idea is to reduce costs by making mass production volumes. 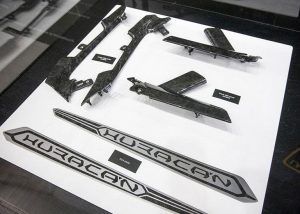 Lamborghini developed an interesting alternative in partnership with Boeing. The process is called ”Forged Composites” and consists of placing chopped resin-impregnated carbon fibre into a mould and applying heat and pressure. Similar to regular polymers manufacturing, the part can be removed in just a few minutes and trimmed. Forged Composites can be easily automated by producing several parts using a single mould. The final product doesn’t look like the classic carbon fibre pattern we are used to but it is still very strong and lightweight.

The Lamborghini ‘’Sesto Elemento’’ is a special edition vehicle designed to showcase the ‘’Forged Composites’’ technology. Around 80% of the vehicle’s weight is composed of ‘’Forged Composite’’ parts which resulted in a car weighing only 999kg (even more impressive when you consider it has a massive 5.2L V10 engine on its back!).

Reduced weight can save millions of dollars

Aircraft manufacturers are also very interested in making carbon fibre production more cost effective. Weight saving represents a huge amount of fuel saving and with airlines carrying hundreds of passengers, a small weight reduction on the seats, for example, can save millions of pounds when you take into account an airline company’s entire fleet.

Vickers Hardness Test: What it is and how it’s measured
Why Are Robots Shaped Like Humans?
By using this website you agree to our Cookies usage and Data Transfer in and outside of the EU. We and our partners operate globally and use cookies, including for analytics, personalisation, ads and Newsletters: Find out more.