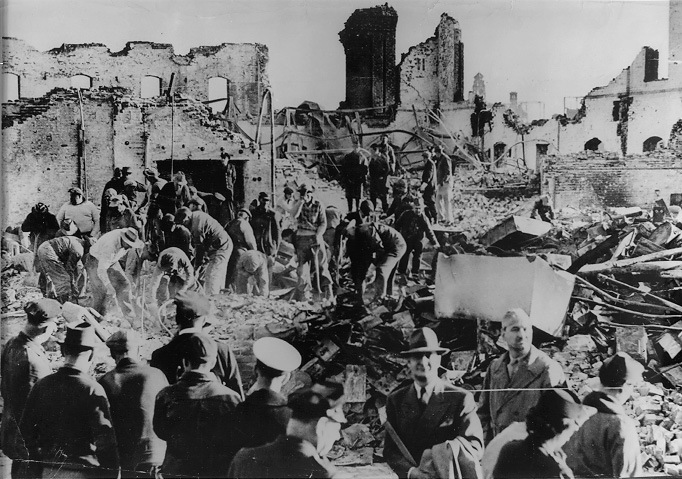 A lethal mix of gases

The confined space of the city sewer system saw the creation of a lethal concoction of gases. As the liquefied natural gas and sewer gases mixed together this created an explosive cocktail which ignited with devastating effect. Jets of fire burst from the underground sewer as manhole covers were launched into the air, some landing several miles away. There were reports of homes being burned to the ground in seconds.

The fire department initially seemed to have the fire under control and people began returning to their homes. However, a half hour after the first tank explosion a second tank exploded, levelling the tank farm. The fires and explosions continued to trap people in their homes as the conflagration travelled through the sewers and up the drain lines into houses.

It could have been so much worse

This disaster is one which has haunted the region and while 130 people died on that fateful day, 600 were left homeless and numerous factories and homes were burnt to the ground, it could have been so much worse. Officials believe that had the explosions occurred later in the day, after local schools had closed and people were returning from work the death toll would have been significantly greater.

Lessons have been learned

Thankfully changes have been made to the way in which liquefied natural gas is stored and it is safer today than it ever has been. Underground storage is now the norm for the industry and while there will always be dangers in storing potential explosive gases many of these have been mitigated. This disaster could be filed under the infamous “perfect storm” scenario the like of which is unlikely to ever be repeated again.

What are the chances that these lethal gas vapours would be blown towards the city’s sewer system which in itself houses extremely explosive gases? This lethal concoction ignited the city’s entire sewage system which was connected to every building in the area. No matter how unlikely this scenario was to re-occur in the future something had to be done and thankfully the authorities and the gas storage sector came together.

What is Kovar, and where is it used?
Venturimeter – Engineering Explained
Skip to toolbar
By using this website you agree to our Cookies usage and Data Transfer in and outside of the EU. We and our partners operate globally and use cookies, including for analytics, personalisation, ads and Newsletters: Find out more.