A dynamometer is a power measurement instrument used to determination the work being done by a machine over time. Work is the force vector that acts in such a way and direction that it results in the displacement of a mass. So, the action of lifting a bucket of water in a time period of two seconds can be expressed as work done within a specific time, so the overall activity can be also expressed as an application of power.

Horsepower – which is the most widely used unit of power measurement – is defined as the amount of power needed to lift 75 kg by 1 meter of height (using a pulley) in a time period of 1 second. The formula that expresses this is “P = F*Δd/Δt“. See Fig.1 for a graphical explanation of horsepower. One metric horsepower equals about 735 Watt which is Joules/second and is the officially accepted SI unit nowadays. Since joules are a unit of energy, we can also assume that power is the amount of energy per unit of time applied on a system.

Since most of the engines that we use have rotating driving shafts, measuring their power is done by considering their torque and rotational speed: “P = τ*ω“. As per the SI, power is measured in watts, torque is measured in N*m, and angular speed is measured in radians per second (1 radian = 57.3 degrees).

In general, there are two categories of dynamometer, power absorption (Fig.4) and power transmission (Fig.5). The former operate on the basis of power absorption from the machine that is measured, featuring a:

The power transmission dynamometers on the other side are measuring torque through sensors, usually strain-gauges that are placed on the driving shaft and deform as the axis rotate. Alternative torque measurement sensors include electrical torque transducers that output an electric signal that is proportional to the amount of torque generated on the driving shaft.

Most commonly, we use absorption dynamometers that employ different sets of torque braking systems including:

Because of the energy absorption that is taking place through the generation of the braking torque, the subsequent generation of heat is inevitable. For this reason, all absorption dynamometers need to involve some kind of heat dissipation system in order to maintain an acceptable operating temperature range. This is why each dynamometer type is limited to a specific power range. For example, the eddy current dynamometers that employ a magnetic field to produce the torque brake are typically used in chassis dynos offering the ability to measure car horsepower on the wheels. The hysteresis dynamometers are suitable for measurements to up to 150 kWatt, while the water brake absorber can measure machines the power of which can go up to 2500 kWatt or even more.

It is important for dynamometers to be able to plot/generate graphs about the power of the tested machine as there can be no other way to determine the exact range of the maximum performance spectrum for an engine. From a practical perspective, knowing the range of optimal performance is very important as manufacturers can then design/optimize a matching gearbox and/or clutch.

A full range test (described in Fig.6 and below) consists of a steady-state test, a sweep test, and a transient test. In the steady state, the engine is kept running at a specific RPM value while the tester gradually applies more braking torque on the dynamometer (we use an absorption dynamometer in this instance). During the sweep test, the torque braking of the dynamometer is kept at a steady value and the measurement is then performed while revving up from a specified minimum RPM to a set maximum.

Finally, in the transient testing phase, testers form a more realistic picture of how an engine performs by changing the throttle position and RPM values quickly and often abruptly. This results in the engine being called to constantly adapt to ever-changing performance requirements and deal with abnormal operation characteristics that can result in imperfect fuel burning, etc. This is why transient tests are usually performed to help engineers and developers determine an engine’s emission. 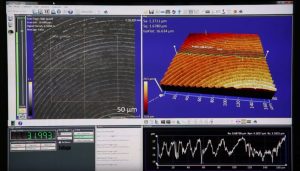