ASME – Everything you need to know 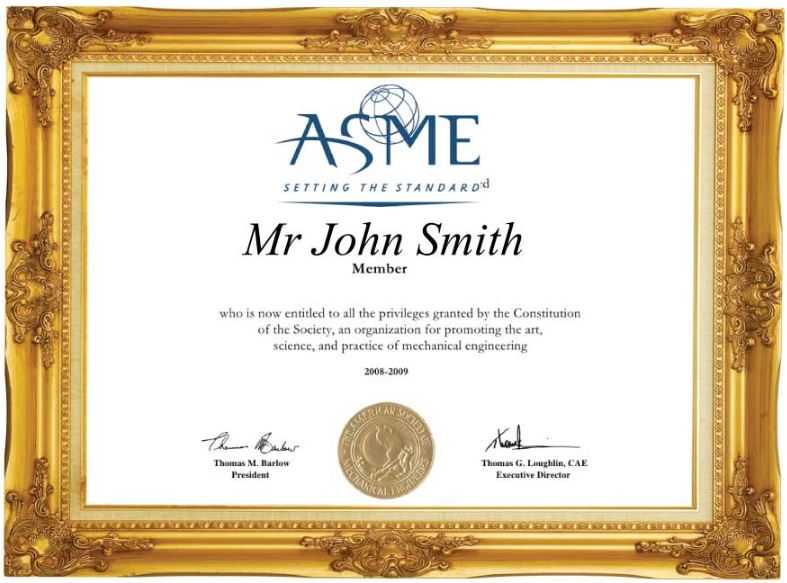 ASME is vital to the world of engineering but if we were to take a straw poll on the streets today asking the general public how they believe engineers have impacted their lives how many would be oblivious to the role which engineers play. It is only when you sit back and look at the buildings around you, the cars you drive and even the pavement you walk upon, to name but a few, before you begin to appreciate the world of engineering. This is the kind of situation which prompted the creation of the American Society of Mechanical Engineers (ASME) back in 1880. ASME was organized to provide a focal point for discussion among engineers regarding the key issues and concerns brought by the rising industrialization and mechanization of the period, particularly in the area of machine safety and reliability

A profile of ASME

It is only really when the general public fully appreciate the role of the modern day engineer that the sector will ever receive the credit it deserves. The ASME is a not-for-profit membership organisation based in the USA now consisting of more than 130,000 members in over 150 countries. The idea of bringing together experienced working and retired engineers and the 32,000 student members currently on the books has created a pool of knowledge and experience which is simply invaluable.

When you bear in mind the value placed upon sites such as LinkedIn, which offer a relatively loose professional networking arrangement, how would a fully focused intelligence pool of working, retired and up-and-coming engineers compare? The fact that this is run as a not-for-profit organisation means that every dollar is ploughed back into the society for the benefit of all.

The ability to mix and chat with other engineers with varying degrees of experience is in itself worth its weight in gold. However, the ASME offers much more than a social network with many different branches to its core trunk of promoting the world of engineering in its many forms.

The world of engineering is as large as it is diverse and sometimes it is difficult to make other engineers aware of breakthroughs and new ideas. ASME offers a wide ranging array of training and education services which allow the channelling of different thoughts for the benefit of the masses. Training and education are at the forefront of any form of business but because of the large diversification across the engineering world the ability to communicate is essential.

In essence the engineering community associated with the ASME all sing from the same hymn book with regards to industry standards and research whilst also offering a varying degree of individuality. Industry standards and ongoing research are the food which feeds the engineering feats of the future and should never be underestimated. The administrators, advisers and experts at the top of the ASME have for many years shown their skills at bringing together industry thoughts and research to create a modern day standard.

There are very few not-for-profit organisations that have lasted in excess of 100 years which further highlights the need and the long-term benefits associated with the ASME. The ability to speak as one voice has given the society access to the higher echelons of governments around the world and the opportunity to host conferences and release publications which capture headlines right across the globe. Even though the engineering industry, as diverse as it is, does to a certain extent depend upon a rigid regulatory, research and production framework, the ASME also allows “thinking outside of the box” and more innovative input. Quite how much coverage this innovative input would have received over the years without using the platform which is the ASME is certainly an interesting matter for debate. Without a financial or profit -related axe to grind the ASME automatically creates trust within the engineering community and an extremely vital tool to relay ideas, thoughts and suggestions to governments, businesses and the wider public alike.

There are a number of different levels of ASME membership which include affiliate, student member, member, fellow and honorary member. The benefits associated with each membership vary from the affiliate member, who is not an engineer but has a connection with the industry, up to honorary membership awarded to those with distinguished recognition for their engineering achievements.

The cost of membership varies from $25 a year for a student member up to $151 per annum for a fellow, member and affiliate. There is a sliding scale with regards to traditional membership which encourages those with relatively little experience after graduation to join and work their way up the ladder. There is also an interesting prepaid lifetime membership option which is calculated using each member’s time as a member of the ASME, age and experience. You can request a specific quote for your situation via the website with sizeable discounts on offer.

Criticism and praise of ASME

The ability for tens of thousands of engineers to interact with like-minded people around the world has attracted great praise for the role that the ASME plays within the engineering community. The ability to bring together ideas, feedback, research and regulatory requirements, as well as access to the higher echelons of the political and business community, has carved out a unique role for the association.

When you bear in mind the diversification across the world of engineering the opportunity to create a platform which offers both social integration as well as intellectual input to the training, research and publications released by the ASME has helped many over the years. Unfortunately, when non-profit organisations reach a certain size they are often criticised for being “closed shop” and having a specific way in which they operate which may not always reflect changes in the engineering community. The influence of the ASME over those holding high office in the world of politics and business has in itself attracted negative comment but in reality if the engineering community benefit as a whole going forward surely the pros outnumber the cons?