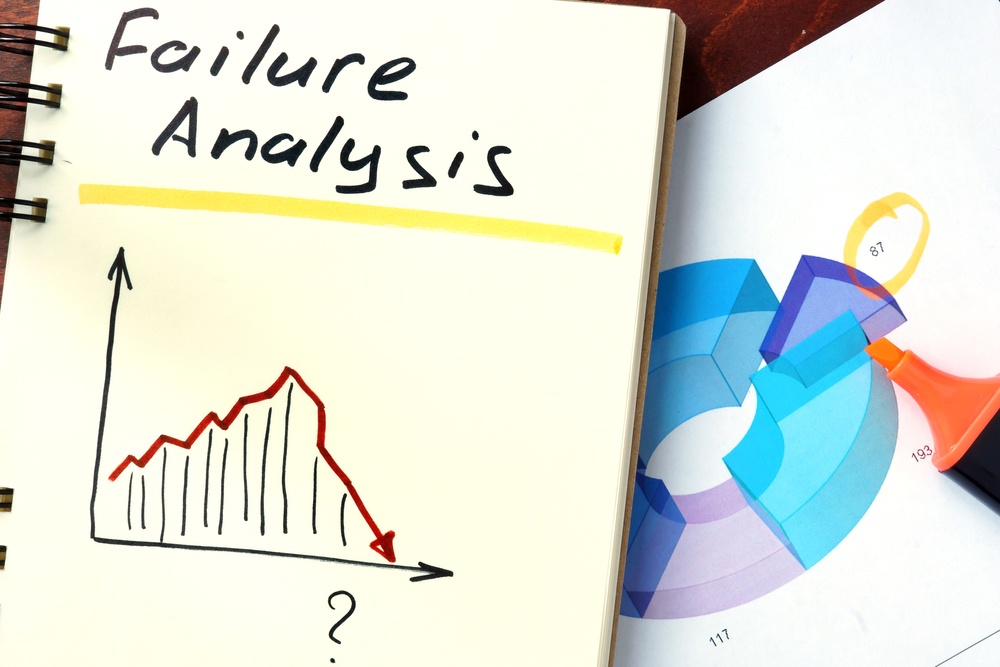 Most markets today are cost-competitive, so naturally many companies try to save costs by reducing the amount of material in their products. Reducing material saves money and normally decreases the weight of the product, which is a positive side benefit. However, when you can no longer remove any more material and you can’t invent a new material, it is often beneficial to look for improvements in other areas.

The value of failure analysis

Failure analysis has historically been used as a quantifying tool for the lifecycle of a part or machine. Failure analysis has several other uses including presenting a manufacturer with possible improvements or modifications to their CAD (Computer Aided Design) model.

In addition to its traditional uses, it is also possible to use failure analysis to improve a product, making it more competitive without adding costly or exotic materials. Some parameters to investigate during failure analysis:

Some designers think that a thicker surface is less prone to breakage. They would be surprised to find that there are instances where the opposite is true. Failure analysis will help designers validate or overcome their intuitions.

Finding a balance between cost, durability and performance

The key to good product design is to find a balance within the whole system. You can’t curve every part of your frying pan; not only because it won’t be cost-effective to make, but also because more complex designs can give rise to unpredictable problems. Curving the entire frying pan will not ensure it will be more competitive than another manufacturer’s pan. Failure analysis can be used to find that balance logically.

Another example is choosing screws to attach the handle. If the pan’s body is made from a heavy material and the handle is made from a lighter material (to save on cost) and screwed on, failure analysis can demonstrate how many work cycles such a frying pan can sustain. The manufacturer can then produce easily replaced spare handles if necessary. A customer would not need to dispose of a good frying pan because of a broken handle, and the manufacturer is able to generate additional spare part income.

The frying pan is a simple example. With bigger and more intricate systems, failure analysis will provide even more benefits and opportunities to the manufacturer. Many certification procedures require a failure analysis as part of the certification process. Having a history of different types of failure analyses, along with their results and the failure mitigating improvements developed from the performed analyses, will give consistency to your products and unlock opportunities to improve the product, save cost and improve the company’s competitive position.

Rocscience: Geotechnical Analysis Software
FaroArm, measuring the difference between success and failure
Skip to toolbar
By using this website you agree to our Cookies usage and Data Transfer in and outside of the EU. We and our partners operate globally and use cookies, including for analytics, personalisation, ads and Newsletters: Find out more.