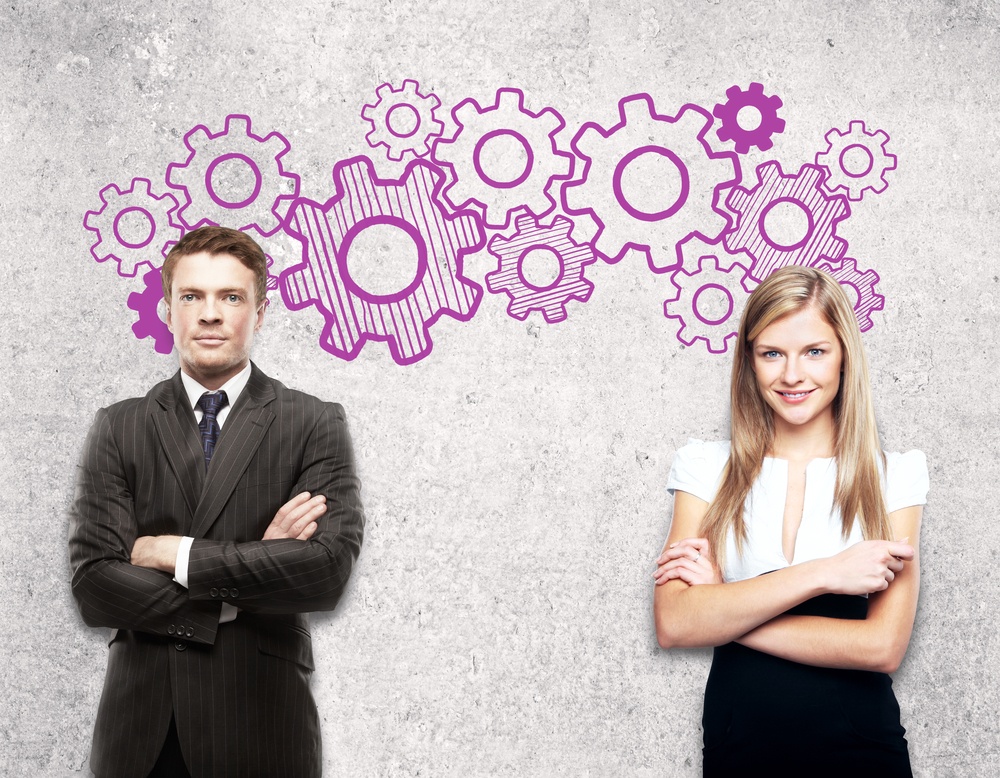 We all likely have our views why mechanical engineering is still such a male dominated industry but what is really holding back future numbers of female mechanical designers?

As we touched on above, if you ask 10 different people what a career in mechanical engineering is all about you would get many different answers. Perhaps it is the word “mechanical” or even the word “engineering” but for some reason many people still have the old-fashioned opinion of dirty old greasy machines needing fixed. Some of the comments we received during our research for this article included: –

If we take a step back and look at this particular issue from a distance, do governments around the world need to update their teaching programs? Do the misconceptions about mechanical engineering go back to our early school years? The fact is that the mechanical engineering industry of today takes in such subjects as bridge designs to skyscrapers, electric car motors to spacecraft and everything else in between.

So, education is a major problem and in reality this age-old impression of the mechanical engineering sector will also likely put off male applicants as well as their female counterparts.

Fear of the working environment

If we look back to the famous pictures depicting the male workforce building the Empire State building and other such engineering successes, it is like looking back into the dark ages. Unfortunately many women considering a move into the mechanical engineering sector still have this impression and rumours of difficulties on the work floor do not help the situation. A number of career ladies came forward with reasons why they have held back from a career in engineering with quotes such as: –

I don’t want to work in an exclusively male environment

When you consider the progress in many other areas of the employment market it is bitterly disappointing to see the relative lack of progress in the perception of the mechanical engineering industry. Whether this perception is wholly correct is debatable but unless there is a push for more female mechanical designers it is difficult to see any major change in the foreseeable future. There are now legal frameworks in place which address the problem of inequality and discrimination in the workplace although sometimes “whistleblowers” can see their careers curtailed and marked as “disruptive”.

When you bear in mind the array of legal protection afforded to both male and female workers in all employment markets it is disappointing to see this opinion still prevalent today.

Stereotyping at its worst

While perhaps a little unfair to single out mechanical engineering as one of the few remaining bastions of male chauvinism this is still a perception which many people have. If you think about it, stereotyping in the engineering sector is not insurmountable and you only need to look at areas such as women’s football to see the great progress which has been made elsewhere. It will take some time to tackle this stereotyping, whether perceived or real, but again it is an issue which needs to be addressed sooner rather than later. Some of the feedback we received from our initial research included quotes such as: –

The idea that the engineer itself is still heavily reliant upon manual strength is a fallacy because many designs are created and tested using CAD software. There will obviously be some manual work and some creation of prototypes but very often by the time the process reaches this situation all of the theoretical testing has been done.

This brings us on to a different subject with many parents still pushing their sons towards manual related employment and their daughters towards more “intelligent” careers such as computer science.

The idea that engineering is seen as more brawn than brain is as much sexist towards women as it is towards men. The engineering sector of today is very different to that of 20 years ago or even 10 years previous. As we touched on above, computer-aided design systems and artificial intelligence allow the vast majority of the initial work to be carried out in the virtual world. It is therefore disappointing to think that a number of female engineering brains are lost to the industry each year because of “the wrong impression”. This type of image is perfectly illustrated by comments such as: –

It’s difficult, and I don’t want that much hassle and long hours for so little pay

It’s a man’s job, it doesn’t come naturally to women

One subject which is often discussed in great detail is the toys that children are encouraged to play with in their early years. Unfortunately, the idea of giving boys building toys to play with and girls dolls and other similar toys is as prevalent today as it is alarming. We can only imagine how different it would be if girls were given more opportunity to play with building toys (but can you imagine the uproar if boys were encouraged to play with dolls?). This would give girls a greater push towards science, technology, engineering and mathematics (also known as STEM fields).

Changing the mindset of children, in whatever field, at an early age can give them a whole different outlook on life and where their future employment opportunities may lie. Who is to blame? Society?

It may seem trivial to some people but the idea of a male dominated work floor with male dominated conversations is not really the best atmosphere for female engineers (or any other career path). In order to get the best from your workforce they need to feel comfortable, they need to feel part of a team and if they are in any way discriminated against then how could you expect them to give their best? This is an issue for many women, not all women, and it is only when the number of female mechanical designers does increase significantly that the workforce will become more balanced. We hear a number of comments such as: –

I don’t want to deal with the workforce, which is mainly men in their 40s who will you the hassle me or undermine me

There is a train of thought that many female mechanical designers often enter the sector because of previous family connections. That is not to say they are handed a career on a plate but if you grew up in a house where your father or brother were engineers, it can become second nature to you. In this particular instance the fact that your family also have a history with mechanical engineering can earn newcomers, both male and female, a little more respect from their work colleagues.

There are many reasons for the lack of female mechanical designers today which often relate to outdated sexist views and misconceptions about the industry. Perhaps if the mechanical engineering sector was given a new description, and a more up-to-date title, that may attract more female mechanical designers. However, this would effectively dismiss the thousands of years of mechanical engineering successes and challenges and take away from what is for many a wholly satisfying career.

Education and in some circumstances re-education would appear to be the key to the future? 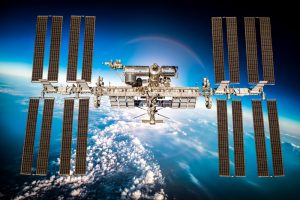 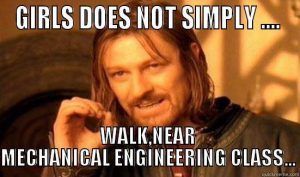