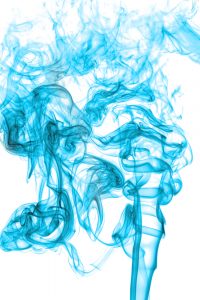 Liquid and gas are termed as fluid, and they can take the shape of any container

Fluid collectively represents liquid and gas, and the study of the movement (flow) of fluid is known as “Fluid Mechanics”. This is one of the oldest sciences which our ancestors tried to decipher. As “homo sapiens” started farming and living together, they saw the need to transport water (and later on sewage). Thus, began the study of Fluid Mechanics leading to Archimedes (250 B.C.) developing the principles of buoyancy. This later aided in the development of sea vessels.

Anything and everything that you see around you can be classified into three categories:

A very loose definition of them is as follows:

The primary difference between liquid and gas is that liquid is almost incompressible whereas gas can be compressed. The laptop/mobile that you are looking at while reading this article is solid, the coffee on the table is liquid and the air you breathe is in gaseous form. 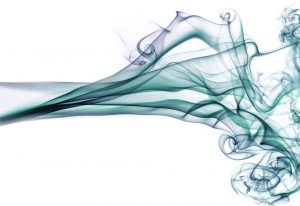 To easily understand the problem at hand, Fluid Mechanics has been further divided into three different segments. This segmentation is based on the status of fluid under study (i.e. if it is static or moving).

This is the study of fluid when it is at rest and helps us understand buoyancy (floatation of objects on fluid). For most applications, we can consider the atmosphere around us at rest, and hence can understand the change in pressure with height. The same can be assumed for the ocean and fluid statics can be used to measure the fluid pressure a submarine has to withstand under-water.

Fluid kinematics is the study of fluid in motion without considering the force that causes the motion. It helps us in understanding the behavior of fluids in a system where linear and turbulent fluid flow can drastically change this. For example, understanding the behavior of air at the tip of an aircraft wing can help us in optimum design of wings.

This is the study of fluid in motion while considering the forces that cause the motion. The hydraulic/pneumatic pump is a typical example of fluid dynamics. Here we observe the mechanical force as well as the behavior of the fluid.

How Fluid Mechanics help us in our day to day life?

Fluids mechanics is an important part of most mechanical systems. Its knowledge will give you the holistic understanding. In general, it is about how we get the work done by providing energy to the fluids or how we convert fluid energy into other forms of energy.

Underwater Welding 101: Read this and be an expert in 5 minutes!
How To Avoid Hindering Your Career in Mechanical Design Engineering
By using this website you agree to our Cookies usage and Data Transfer in and outside of the EU. We and our partners operate globally and use cookies, including for analytics, personalisation, ads and Newsletters: Find out more.