Computer Aided Design (CAD) and 3D modeling programs are ubiquitous in the modern world, and they play a vital role in the creation of most products. Three dimension virtual models are created on these programs which can then be turned into a real product or prototype with the help of some high-tech tools like 3D printers.

There are many options when it comes to choosing the right CAD program, but two options that cannot be ignored are Fusion 360 and Inventor. These are two of the most popular choices for CAD programs in the world, used by professionals and hobbyists alike. Both programs are made by the same company, Autodesk, but they are clearly meant for different purposes. Let’s explore how different these programs really are!

The history of Fusion 360 and Inventor

Fusion 360 is a relatively new program in the CAD industry, being released in just 2013. It is a cloud based program, that features freeform, parametric and direct modeling, with a much more modern, sleeker look and a gentle learning curve. Find out about the latest Fusion 360 pricing and best features for remote working to get a better idea. You may want to read about how Fusion 360 compares with SOLIDWORKS too!

Inventor has been sold for over 20 years after its creation in 1999. Sold as a competitor to the almighty SOLIDWORKS, it also features powerful direct, freeform and parametric modeling tools. Inventor provides advanced simulations and tests, allowing users to bring their design from inception all the way to analysis. It is used all over the world by professionals and companies for mainly mechanical projects.

If you have a Mac computer, Fusion 360 is your choice as it runs on both Windows and Mac operating systems. As it is cloud-based, it is also seamless to switch between any computer you may use, be it Windows or Mac. No limitations here with Fusion 360.

Inventor can only be run on Windows operating systems, you can still use it on a Mac computer, but you will have to install a Windows partition, which is a big inconvenience.

Storage and Sharing: Fusion 360 vs Inventor

Fusion 360, as mentioned a couple of times already, is a cloud-based application. This means that once it is synced with one’s Autodesk account, every file, project and model that is saved is saved onto their cloud storage, not locally on a single computer. This allows multiple users working on a project to access collaborative files and makes team projects much easier. Files can also be accessed from anywhere, as long as the user can log into their Autodesk account.

Inventor has a more “classic” approach to files, where you have to manually export the files yourself. Files are stored on the local storage of the computer that is being used, and this can be classes as an advantage as an internet connection is not relied upon. We hope you never experience the panic of no internet when trying to save your precious files!

Fusion 360 is known for its gentle learning curve and less intimidating interface. It does generally deal with simpler projects than Inventor, and large projects can cause havoc within the program. Large assemblies are not recommended here!

Fusion 360 has a few standard types that are focused towards more casual users, who feel lost looking at the plentiful customization options in Inventor. It has simulation capabilities, however they are less detailed than Inventor. While Fusion 360 has an easier learning curve, it is known by industry experts that it is slightly slower than Inventor.

Inventor is the harder program to use, no doubt about that. It is geared towards professionals that work with large and complex files and projects. Because of this, its user interface and many of its features are geared towards the more experienced user. It has many customization tools and standards that professionals in the industrial world love, detailed simulations and analysis, and a fast workflow focused on getting large projects built quickly.

Inventor has put automation of as many tasks as possible a priority, and it shows within its workflow. It definitely has a more traditional CAD program feel to it!

Tools: Pros and Cons of Fusion 360 vs Inventor

Fusion 360 allows its users to create accurate 3D models, carry out rapid prototyping, manufacturing and generative design. Useability of the prototype can be evaluated before anything is manufactured to eliminate waste and mistakes. You can also test design alternatives and find the best solution for your particular project.

Inventor provides the user with high-performance tools aimed towards engineering mechanical parts. Collecting documentation, running vital tests and simulations are all possible before sending a model to manufacturing. You may also create designs to specifically be sent to a sheet metal shop to create HVAC duct, frames etc. Plenty of standard components are available in the library that comes with the program, to ensure a quick timeline for as many projects as possible.

Fusion 360 vs Inventor: Which one is for you?

Fusion 360 and Inventor can be looked at as an older sibling/younger sibling dynamic. Models can theoretically be made in either, but it is clear what the purpose of each program is. One is not better than the other in this regard.

Fusion 360 is clearly made for those who are not professionals and do not depend on the software for complicated models, hobbyists, if you will. It is more accessible price-wise, lighter to run on a computer and easier to use. It gets the job done, without being so intimidating that it prevents novices from trying.

Inventor is geared towards professionals, who rely on a complex, powerful program for their livelihood. It is a well-established program with many years of experience and development behind it. While it is more expensive, you do get what you pay for.

So who wins for you in this Fusion 360 vs Inventor competition? Which category are you in? Do you use either of these programs or will you be picking one of them up for a new project? Please let us know in the comments below and we look forward to seeing you soon!

Fusion 360 vs SOLIDWORKS: 7 Main Differences. Which one is better for you? 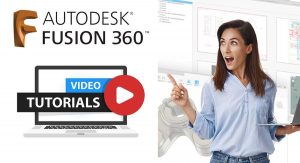 Fusion 360 Tutorials: The Best Ones for CAD Students 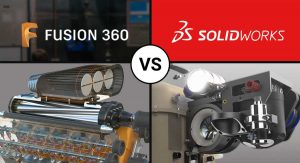 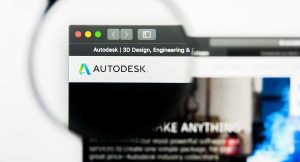