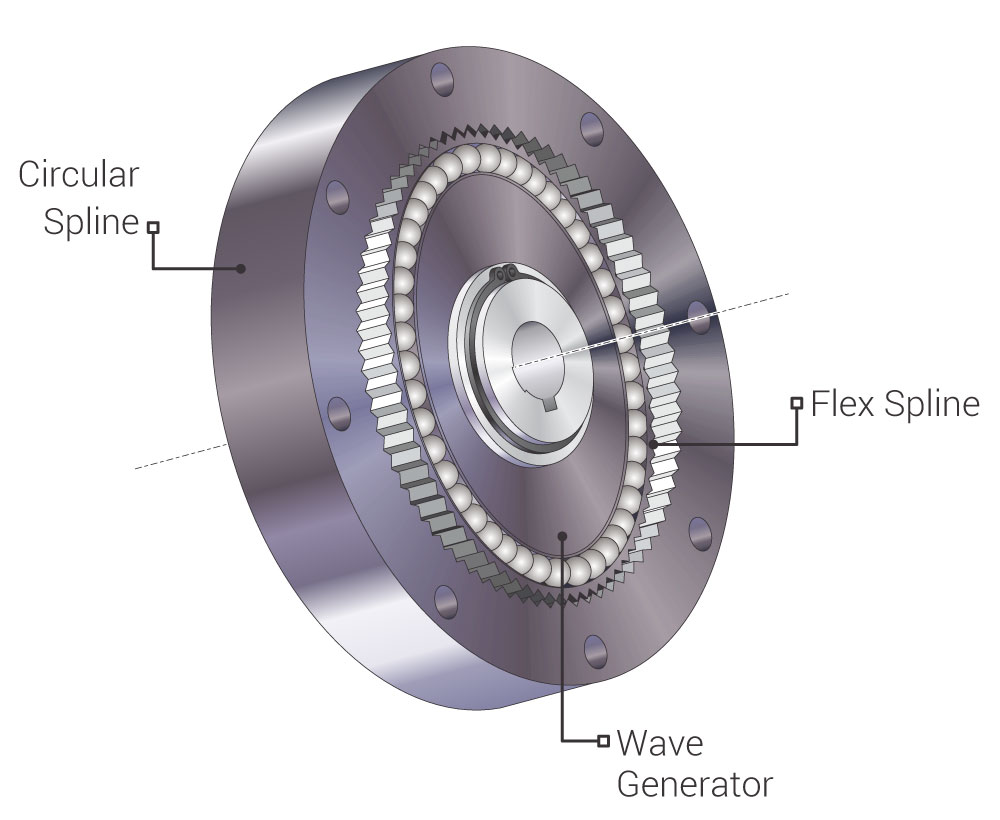 The harmonic drive is a type of gear arrangement often referred to as a strain wave gear because of the way it works. It is a kind of reduction gear mechanism consisting of a minimum of three main components. These components interact in a way that allows for very high precision reduction ratios that would otherwise require much more complex and voluminous mechanisms.

As a product, the harmonic drive was invented by the American engineer Clarence Walton Musser in 1957, and it quickly conquered the industry with the countless advantages that it brought to the table. Musser identified the potential of his invention at an early stage and in 1960 began selling licenses to manufacturers so they could use his patented product. Nowadays, there are only a handful of manufacturers in the USA, Germany, and Japan who are holding the license to produce harmonic drives, doing so at their top-notch facilities and producing ultimate quality strain gears for the whole world. 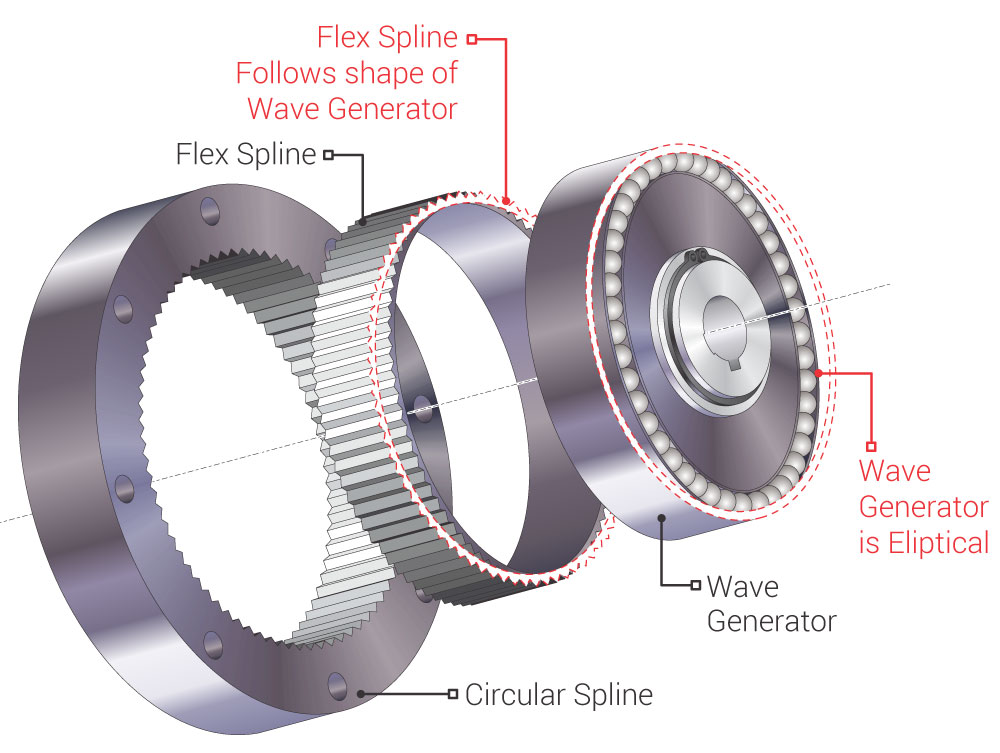 The workings of a harmonic drive

The rotational motion comes from an input shaft that can be a servo motor axis for example. This is connected to an element called “wave generation” which has an elliptical shape and is encircled by an elliptical ball bearing. As the shaft rotates, the edges change position, so it looks like it is generating a motion wave. This part is inserted inside a flex spline that is made out of a  torsionally stiff yet flexible material. The material takes up this wavy motion by flexing according to the rotation of the input shaft and also creates an elliptical shape. The outer edge of this flex spline features gear teeth that are suitable for transferring high loads without any problem. To transfer these loads, the flex spline is fitted inside the circular spline which is a round gear featuring internal teeth. This outer ring is rigid and its internal diameter is marginally larger than the major axis of the ellipse formed by the flex spline. This means that the circular spline does not assume the elliptical shape of the other two components, but instead, it simply meshes its inner teeth with those of the outer flex spline side, resulting in the rotation of the flex spline.

Uses for a harmonic drive

Passionate engineer and new technologies advocate, writing about the ways they shape our world and amplify our very existence. Believes that engineering is the art of changing this world forever, every day, little by little, and sometimes all at once.
View all posts by Bill Toulas »

2 Responses to How does a Harmonic Drive work? Why are they used?

How does a Centrifugal Clutch work? What are the pros and cons?
Biomaterials: Read this and be an expert in 10 minutes!
Skip to toolbar
By using this website you agree to our Cookies usage and Data Transfer in and outside of the EU. We and our partners operate globally and use cookies, including for analytics, personalisation, ads and Newsletters: Find out more.