As discussed in the previous article, the hydraulic power pack is the heart of a complete hydraulic system. It stores and supplies fluid from the reservoir, just like the human heart and pumps the fluid into the complete hydraulic system at the desired pressure and flow rate. Pressure gauges and pressure relief valves are attached on the power pack to display the system parameters in real time and as a means of control in case of excessive pressure generation.

Apart from direction control valve, a hydraulic system needs various sets of valves to change the system parameters or to obtain different operating parameters for a small part of the system. These valves are:

The most popularly used pressure control valves are pressure relief valves and pressure reducing valves. These valves are the most vital part of the entire hydraulic system. This valve is pre-set at the maximum pressure which the system can handle. Whenever the pressure inside the system increases above the maximum pressure limit, the hydraulic force (F=p*A) will be higher than the spring tension and the valve will open, allowing fluid to flow directly to the tank. As some part of the liquid is diverted to the tank, the system pressure will reduce and again spring forces will dominate over hydraulic forces. This leads to the closure of the pressure relief valve.

The pressure reducing valve (Fig.2) is used to reduce the system pressure for a small part of the system. For example; in a hydraulic punching machine, the hydraulic system performs two different operations: Clamping and punching. In most industrial applications the clamping force is much lower than the punching force required. If we are performing both operations using the same power pack, we will have a similar flow rate and pressure. This also means that if the cylinder size is identical, then the velocity of travel and force applied will be the identical. It is desirable to have high velocity and lower pressure during the clamping operation (less clamping force) and low velocity and higher pressure during the punching operation. This change in pressure can be adjusted with the pressure reducing valve. 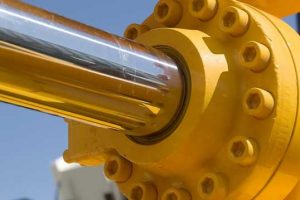 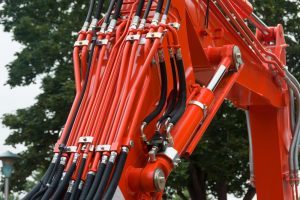 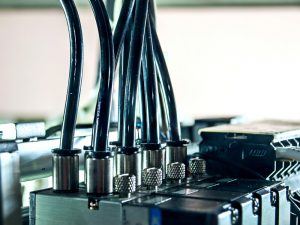 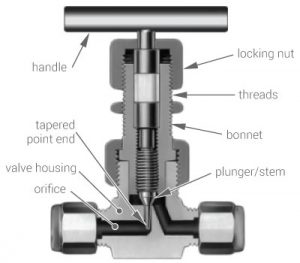