Examples of devices that make use of Parylene conformal coatings

By Parylene CVD deposition it is possible to obtain stress-free and defect-free conformal coatings on almost all types of materials. Some examples of such coatings are shown in the Figure. (a) Sensors used in the automotive industry can be prone to high temperatures, hydrocarbons, and moisture. Such environments cause the sensors Aluminum contact pads to corrode quickly. Use of parylene on these pads protects them and is commonly employed. (b) Parylene is also used as a masking material in MEMS devices due to its capability to fill the crevices, in the image it fills under the undercut and acts as a spacer to produce 100 nm wide nanowires (inset). In that study, it forms interfaces with a polymeric resist, Silicon, Silicon Carbide and Platinum. In the figure (c and d) we see that the parylene can be applied to replace the glass packaging leading to a smaller dimension and weight in the package. Also, the parylene can be coated as a stack of layers combined with other thin layers such as SiO2 as shown in image c. The diversity in the applications and possibilities makes the Parylene a very attractive conformal coating. 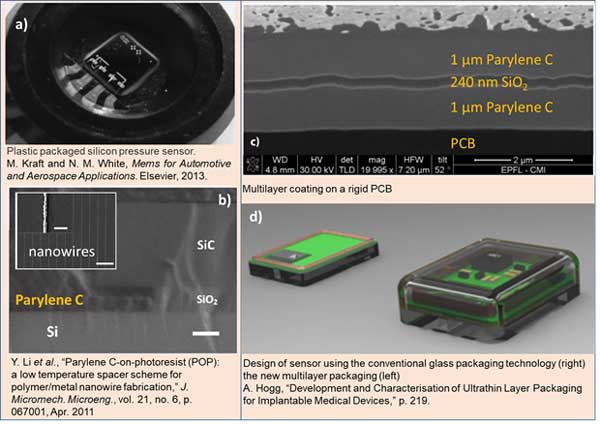 To prevent delamination, pinholes, cracks, wrinkles, blisters and other types of thin film defects different types of surfaces require different surface preparations. We discuss some of the common types below as bullet points: 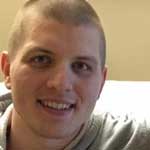 About the Author: This is a guest post by Sean Horn, a VP at Parylene Conformal Coating / Diamond-MT.

The Melting Point of Steel Alloys

Industrie 4.0 Deep Dive. Part 1: Introducing smart manufacturing
Cambridge: Top Mechanical Design Consultancies
By using this website you agree to our Cookies usage and Data Transfer in and outside of the EU. We and our partners operate globally and use cookies, including for analytics, personalisation, ads and Newsletters: Find out more.