It may not be common knowledge but almost all research and scientific progress takes place in universities around the world. While universities are obviously associated with further education they house some of the latest ground breaking mechanical engineering academic research programs. We have chosen some of our favorites among the many promising endeavors from around the globe. 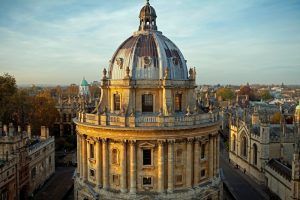 Home of Hooke, one of the famous names in elasticity theory and the father of deformable solids, the recent works of the Engineering department have focused on micromechanics and more precisely the models of strain and deformation behind it. Their work will not only help understand heterogeneous materials and calculate their effective properties but ongoing progress with fracture mechanics will be extremely useful going forward – crack behavior controls, propagation and the microscopic scale. This kind of research does not create full scale models and shiny toys to present during exhibitions but it adds to the fundamentals of analysis and this in itself is a an all-industry all practice revolution.

The oldest university in Hong Kong has a thriving nanotechnology research department and its team is the first to develop a nanorobot the size of a blood cell, that can be injected into the human body. The goal of the research is the improved accuracy of medication procedures, focused drug release and the treatment of tumors.

UBC, Vancouver is home to research conducted in bio 3D printing. The science-fiction behind Leeloo’s body generation is a reality in Aspect Biosystems labs in less than 10 years. The closest milestone about to be achieved is the creation of 3D printed tissues simulating human respiratory system tissues’ reaction, thus allowing more accurate and better testing of new drugs.

The University of Tokyo

Spintronics is a promising field focused on ferromagnetic materials and their magnetization. UT is one of the pioneers in this field and the first to come up with a ground breaking method to control the axes of orientation and magnetizing of materials. This implies control of the energy band structure of electrons in a material and will allow, on the practical scale, to avoid the need for large amounts of energy for magnetization reversal. This is a the challenge of lowering the power consumption of electronic devices 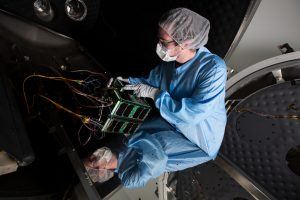 X accounts for many known scientists (Cauchy, Mandelbrot, Lagrange…) and the first operational student nano-satellite on ISS orbit. Perhaps, the most engaging work of this lab is on the theoretical scale though, keeping up a tradition of digging in hard sciences and discovering new theoretical formalisms to the universe. The latest highlight in that aspect involves black matter: Researchers are working on expanding the Nobel winning model of the Higgs Boson to black matter. In contrast to the strings or supersymmetry theory, the new model will be simpler, with less open variables and the possibility of reproducing the matter detected and visible in the cosmos. The X model is aligned with the particle accelerator findings on black matter.

Rapid Prototyping: Doing For Thinking
Amazing Design – Primitive Tools vs New Tech
By using this website you agree to our Cookies usage and Data Transfer in and outside of the EU. We and our partners operate globally and use cookies, including for analytics, personalisation, ads and Newsletters: Find out more.