Most engineering installations and equipment are subjected to (and designed to withstand) a variety of atmospheric conditions and over a wide range of temperature, pressure, humidity and other related factors. But how do these thermodynamic quantities affect one another, and how does one property differ in relation to changes in the other? After all, these would play a critical role in the design of engineering systems. In order to determine the relationships between these thermodynamic quantities, a scientist named Richard Mollier researched these quantities over many years and developed what is called the Mollier diagram.

What is the Mollier Diagram?

The Mollier diagram is a tool used by engineers to predict, theoretically, the performance of systems and installations. The Mollier diagram, also called the enthalpy (h) – entropy (s) chart or h-s chart, is a graphical representation of thermodynamic properties of materials. In general, it is a relationship between enthalpy (measure of the energy of a thermodynamic system), air temperature, and moisture content.

Richard Mollier created the Mollier chart in 1904, after years of researching the thermodynamic properties of various media and plotting those quantities in charts and diagrams. He plotted a number of other charts with enthalpy as one of the axes, and in 1923, it was decided that all such charts would be named Mollier diagrams, in his honour.

Note: The Mollier diagram is a variation of the psychrometric chart, which also plots the thermodynamic properties of moist air. Although they appear vastly different at first glance, rotating the chart by ninety degrees and looking at the mirror image shows the close resemblance between the two charts. In other words, one can be converted to the other.

How to Use the Mollier Diagram

Typically, the Mollier chart covers pressure in the range of 0.01 to 1000 bar and up to 800 oC temperature. Mollier diagrams can be plotted for different fluids. The following is the Mollier diagram for water and steam. The “dryness fraction”, x, gives the fraction by mass of gaseous water in the wet region, the remainder being droplets of liquid.

Given two thermodynamic quantities, the other ones can easily be calculated from the Mollier chart.

From the Mollier diagram, we can conclude that:

Enthalpy of the air is about 40 kJ/kg.

Wet bulb temperature (thermodynamic temperature of a mixture of air with water vapour) is approximately 14.5 oC.

Specific Humidity (mass of water vapour in a unit mass of moist air sample) is 0.0076.

Applications of the Mollier Chart

Industrial and commercial applications include:

The Mollier chart is also very helpful in malting (the process of germinating cereal grains by soaking them in water, and then preventing further germination by drying them in hot air – used to make malted shakes, whiskey, beer etc.)

Mollier diagrams are very helpful in engineering design and are used extensively in the academic world, where the understanding of fundamental concepts is important. However, for practical applications, handling bigger size Mollier charts with good resolution becomes cumbersome.

Availability of Mollier diagram software has come in handy for many engineers. The software is usually capable of handling both graphics and computations, which makes it hard to resist its use. The calculations are much more accurate. Additionally, they offer other advantages like being able to incorporate a wide range of values, eliminating the use of interpolation etc.

Whether in the form of software or actual physical charts, the Mollier diagram has proved to be an important tool for engineers, and will be, for many more years to come. 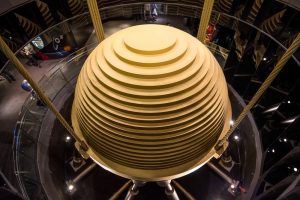