A profilometer is a highly specialised meteorological measurement device that is used for the determination of the roughness of a surface. As a measurement instrument, the profilometer is very precise as it is expected to have the capacity to identify and quantify very small-scale surface features. The roughness of a surface is categorised in grades as per the ISO 4287 standard from “N12” to “N1” (click here for charts and other useful info), and goes from a maximum height difference between microscopic slopes, peaks and valleys of 50 micrometers down to 25 nanometers.

Being able to determine the roughness of a surface is of key importance for engineers who develop high-precision systems and want to predict their performance and expected lifecycle. Here are some real examples of how profilometers are used to empower our understanding and help us optimize production and machining processes. 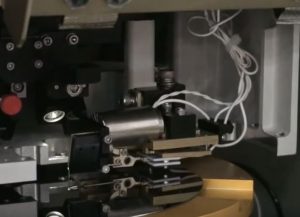 These are the original profilometers that were first introduced in the 1940s and their operating principle is very similar to that of an LP player. A probe consisting of a stylus tip is kept in place by a feedback mechanism and is moving along the surface that is under detection, while the arm connected to the probe is following a perpendicular action helping in the generation of a profile waveform. As the signal is determined by the diamond stylus analog movement, the size of the stylus, its radius, the tracking force, and the probe speed are all determining factors for its accuracy and resolution. Typically, diamond stylus profilometers are preferred for applications where roughness detection in the level of 10-20 nanometers is required, and where the surface is not clean enough so contact methods are advantageous, and where surface reflectance and coloring may trick other (optical) profilometry types. The disadvantage of the diamond stylus profilometry is that it can’t be used on soft surfaces due to the formation of scratches and that it takes some time to conduct.

As implied by the title, this is an optical method to determine the roughness of a surface using confocal chromatic aberration, laser triangulation, coherence scanning interferometry, structured light scanning, and other techniques based on the specific application. While these profilometers aren’t as precise as the diamond stylus ones, they are pretty great for applications down to the scale of the micrometer. Their advantages include the fact that they are very fast to produce profilometry results, they do not contact the surface so the probe can’t damage or scratch it, and thus they are the only way to measure the roughness of soft materials such as polymers, gels, etc. In addition to that, time-resolved profilometers are known to produce the same roughness results in every measurement as their operation is not affected by the user settings like the force feedback in the stylus type, nor do they need any kind of calibration.

A fiber-based profilometer is a kind of instrument that has its detection probe and detector data analyzer far away from each other, but connected with an optical fiber cable. The use of these cables provides zero signal degradation, so the engineer can measure the roughness of surfaces that are located in places that are unreachable for any reason. Example applications include measurements in radioactive chambers, cryogenic units, toxic fume chambers, or assemblies that are not meant to be serviced or maintained for a long time (or ever).

Depending on the profilometer type, target resolution, and required accuracy in the measurements, the price for a profilometer device ranges from a few hundred dollars to tens of thousands. Generally, you can find a reliable kit at around $2000 US. The most renown brands in this field include the Japanese Mitutoyo who have been manufacturing precision measuring instruments for over 80 years now, the US-based Mahr metrology and metering systems producer, the innovative Rtec that has a rich range of products for profile metering, and Phase II that offers many compact and cost-competitive units. Other examples of respectful manufacturers of profilometers include CyberOptics, the UK-based Taylor Hobson who was the first to create a surface texture measuring instrument, and finally the German Jenoptik. 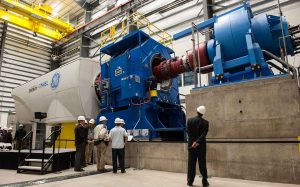