Robotics has revolutionised many industries by making possible operations which were unachievable by humans, functioning in extremely hostile conditions, and producing products faster and more accurately than ever before. To continue our progress in this arena, it is important to continue to innovate and find new ways to apply robotics. This article will cover robotics basics, its components and performance measures.

Definition of a robot

The term ‘robot’ comes from Czech and means “forced labor”. The term in its present interpretation was invented by the Czech writer Karel Capek in his Rossum’s Universal Robots, 1921.

The Functional Elements of Robotics

There are many different types of robots, which are used in different environments and have different uses. Despite their many differences they have three common elements; Mechanical Structure, Electrical Components, and Computer Programming Code. These are explained in greater detail below:

Mechanical Structure: All robots have some form of mechanical structure. This is the frame and mechanical elements that are designed to achieve a specific task. When
designing the mechanical structure, the robot’s designer must consider all the necessary mechanics and forces that will be applied to the robot during its operation.

Electrical Components: The electrical components in a robotic system are necessary to supply power and control the machinery. Robots can be battery-powered or fuel-driven, and include mechanisms to guarantee power for the electrical circuitry.

Computer Programming Code: All robots contain some sort of computer programming code. The code is a set of instructions that enables the electrical circuitry to communicate with the mechanical components, effectively driving the robot. A program enables the robot to decide what to do, when to do it and how to do it. Robotic programs can be divided into three categories: a) Remote-Control (RC), b) Artificial Intelligence, c) Hybrid

Power Source: Power is a necessary for any robotic system. Without power a robot cannot operate. Robots can draw power from various powers sources. Every power source has different strengths and weaknesses, making some power sources better than others in specific applications and environments.

Actuation: Actuators are the muscles of the robot which convert electrical energy into the movement of the robot. An actuator can also be defined as a mechanical device that is responsible for moving or driving something. Possible sources of this are a) Electric Drive, such as a motor), b) Hydraulic Drive, or, c) Pneumatic Drive

Sensing: Sensors are a robot’s window to the environment. A robot requires sensing to be an active participant in the environment. Every sensor is based upon the principle of transduction – conversion of energy from one form to another. Following are some characteristics that are especially important for gauging sensor performance:
a) Sensitivity: Ratio of output change to input change.
b) Error or Accuracy: Difference between the sensor’s output and the true value.
c) Systematic or Deterministic Error: Caused by factors that can be compensated by re-calibration.
d) Random Error: Caused by factors like; instability of camera, background noise, etc.
e) Reproducibility: Ability to reproduce results.

Manipulation: Robots need to manipulate objects; pick up, move, grab, etc. For this reason the hands of the robot are called end-effectors while the arm upon which the end-effector is mounted is called the manipulator. Manipulation of the robot is achieved through computer programming or training/teaching the robot to memorize movements and motions. End-effectors can take many forms including mechanical and vacuum grippers, sanding wheels, and anything else that can be used to manipulate a part.

Locomotion: Locomotion is the physical interaction between the robot and its environment. It is concerned with interaction forces, mechanism and actuators that generate them. There are three major aspects of locomotion; 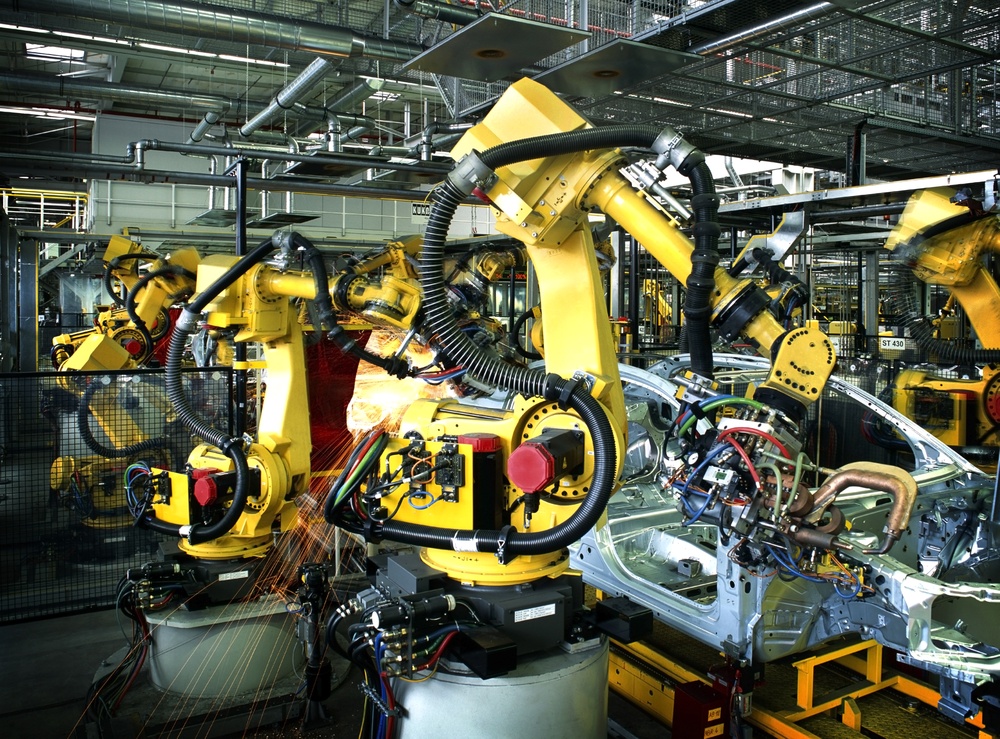 The robot must be controlled in order to make it perform tasks. The control of a robot has three basic steps:

Sensors gather information about the real-time environment (for example, the position of a part in relation to the robot). This information is processed and transmitted to the robot’s control system, where it is then used to calculate the appropriate signals and then released to the actuators which drive the mechanical structure of the robot. Control systems can have varying levels of autonomy: