Take apart any modern consumer item, such as a Laptop or TV, and it’s likely that that you’ll find a common feature – the mounting boss. Mounting bosses (sometimes called standoffs) are used to attach different items together. They are an extremely common feature in modern product design, especially in plastic parts. Mounting bosses can be used to join two halves of enclosures together or to internally mount items such as PCBs or other components.

In SOLIDWORKS, Mounting Bosses can be manually modelled but there’s actually a specific Mounting Boss Tool that can be used to speed up their insertion, especially if creating more complex bosses with ribs or stepped holes.

The Mounting Boss tool can be found under Insert>Fastening Feature>Mounting Boss and provides a wide range of options using a straightforward visual interface.

Next, the type of boss can be selected – either a hardware boss (that is designed to accept a screw) or a pin boss which fulfils a similar function but without additional fasteners. For each choice a male or female (head and thread, or hole and pin) can also be selected.

Next the actual size of the boss can be set using the various parameters that are linked to visual guide in the tool. The height can either be set manually by entering a value, or can be specified using a mating surface. This allows the size of the boss to change automatically if the mating face changes. Many options are available, including draft angles and lead-in steps (for a straight hole, simply set the step diameter to the same as the main hole diameter).

Finally, fins can be added to boss, if needed. The direction, number, spacing and size of these can be set in a similar manner to setting the main boss size. If no fins are required then a value of zero can be entered.

Once the first mounting boss feature is complete and added it can then be patterned or mirroring in the standard way to add more instances.

The Mounting Boss Feature can really speed up the addition of more-complex mounting bosses and provides an intuitive visual interface that allows items to be added using a only a single feature. When using the Mounting Boss try to remember the following process: 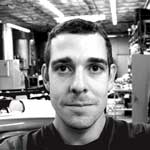 About the Author: This is a guest post by Johno Ellison, a design engineer with over fifteen years or experience, who specializes in SolidWorks 3D CAD modeling. Johno is the author of the following online SolidWorks courses:
Master Solidworks 2021 – 3D CAD using real-world examples 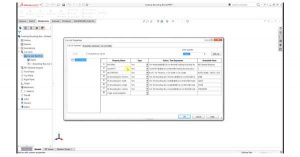 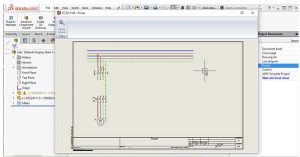 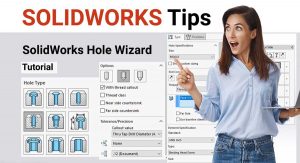 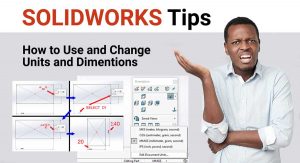