This short article covers the circumstances surrounding the Space Shuttle Columbia disaster in 2003 and the steps taken to correct the root cause of the accident.

On February 1, 2003, space shuttle Columbia broke up as it returned to earth’s, killing the seven astronauts on board. The investigation showed that during the launch a piece of foam insulation broke off from the body of the shuttle and damaged the left wing. This caused some of the tiles that provide thermal protection for the shuttle during re-entry to break off. When Columbia re-entered the Earth’s atmosphere the gaps left by the damaged tiles allowed hot atmospheric gases to penetrate the internal wing structure.

Unfortunately this caused the spacecraft to become unstable and it slowly began to break apart. Those watching on the ground could do nothing to help the astronauts which must have been a heart breaking situation.

Failings of the NASA management 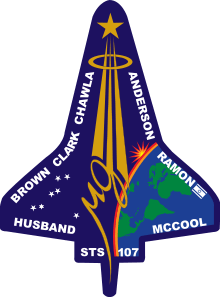 The NASA management failed to acknowledge the safety concerns of the engineering group or their suggestions for imaging to inspect possible damage. They also failed to respond to engineers’ requests to instruct the astronauts to do an inspection of the left wing. It is known that they made three separate requests for the Department of Defence (DOD) to provide imaging of the shuttle in orbit to more precisely determine the scale of the damage. NASA management did not honour these requests and in some cases they actually intervened to stop the DOD from assisting.

It is known that the higher powers in NASA were convinced that if there was damage, it would have been impossible to carry out any repairs. They decided that it would be best if the crew were not made aware of the potential damage and the likelihood that they would die on re-entry. Whether this was the correct call is highly debatable but the reality at the time was there was no way to repair the damage.

After the accident, shuttle flights were suspended for over two years and indeed they did not resume for some 29 months. A review of the project’s risk management system concluded that a number of changes should be made. The most noteworthy of these changes was a mandatory requirement for an inspection to be performed while the craft was in orbit. This would ensure a thorough evaluation of the re-entry systems and raise any issues which could compromise the landing.

Future regulations for space travel also ensured that there was a designated rescue mission prepared and ready to go in case repairs were not possible. If only these regulations had been in place prior to February 1, 2003 then perhaps this disaster could have been averted?

Design: Science or Art?
ASME – Everything you need to know
By using this website you agree to our Cookies usage and Data Transfer in and outside of the EU. We and our partners operate globally and use cookies, including for analytics, personalisation, ads and Newsletters: Find out more.