Tell us about your happiest mechanical design moment …and WIN some amazing prizes!

THE PRIZE DRAW IS NOW CLOSED! WINNERS TO BE ANNOUNCED SHORTLY

Great news! EngineeringClicks is giving away some fantastic prizes, courtesy of our friends at 3Dconnexion! Below are details of the excellent pieces of kit that are up for grabs, and how you can get your hands on them. 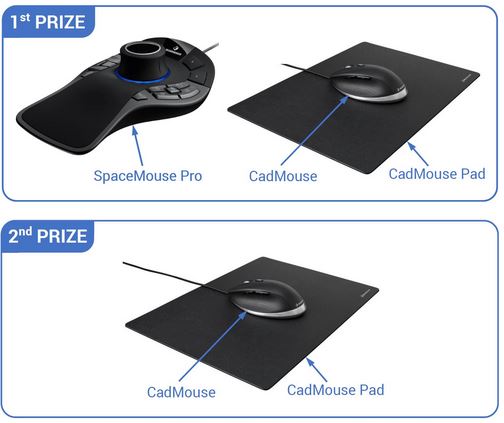 All you need to do to have a chance of winning is tell us about your happiest mechanical design moment. Simply add a comment below and tell us.

It can be anything that has made you happy as a mechanical designer – getting that amazing job offer, the time you first saw something you’d designed in a shop, seeing a prototype of a particular design you’ve worked on.

Well pick the winners at random from the best answers. Last date for entry is Midnight GMT on July 31st. GOOD LUCK!

83 thoughts on “Tell us about your happiest mechanical design moment …and WIN some amazing prizes!”