The mechanics of animal locomotion have recently become a source of inspiration for many designers. One example of this is Assistant Professor Amos Winter’s project, which started off with the need to create an underwater robot capable of digging. His robot needed to be compact, rigid, and able to move underwater while requiring little power and maintaining a stable position in changing currents. 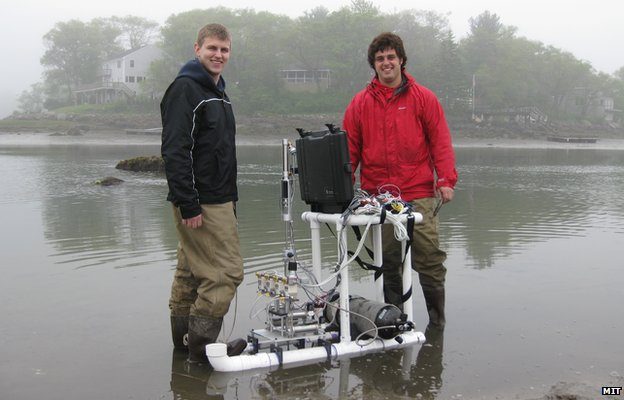 During the course of his research, he decided to base his design on the clam, with its ability to remain stable under currents and to burrow itself into pretty much any kind of sand. More specifically, he chose the Atlantic razor clam, which can dig a centimeter per second and has a clapping shell that opens up to let out its inflating tongue. By calculating the anchoring force based on data collected on the clams, Amos was able to come up with a technological robot clam.

According to Amos, the main strength of the Atlantic razor is the way its shell moves in order to liquefy the soil into a small patch of quicksand, making the dig much easier than with the traditional straight dive. To emulate the clam, Amos used a mechanical system made of a simple hydraulic circuit and a clam puppet that opens and closes with symmetric expansion on each side of the mechanism, expanding downward and contracting inward. 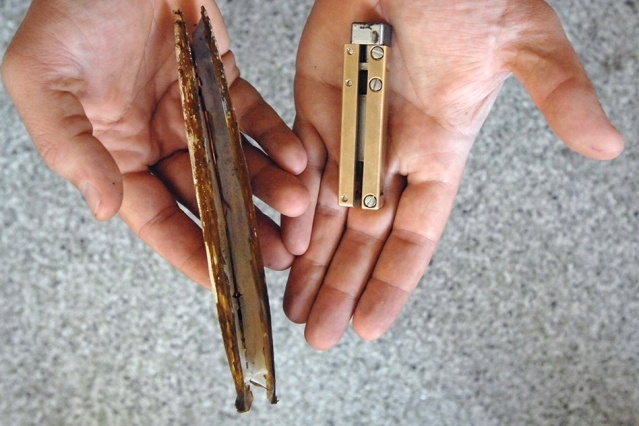 Amos foresees some practical applications to his robot clam: “When you run transatlantic cable, you have the boat that pulls a sled and the sled digs a trough,” he says. “But when you get to 10 meters of water depth it can be too shallow for a sled and you have to manually dig in cable with divers—that takes time and is expensive. It’s better to have a system of clamps on the cable and get into the soil. That’s where the RoboClam can come in.”

Online courses engineering students can take during the lockdown

Getting From A to B: Assessing Error Range From Input to Result
Why Do Designs Fail?
Skip to toolbar
By using this website you agree to our Cookies usage and Data Transfer in and outside of the EU. We and our partners operate globally and use cookies, including for analytics, personalisation, ads and Newsletters: Find out more.