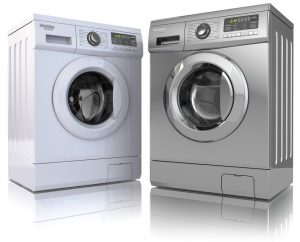 How many of us take the humble washing machine for granted? This is a product for which the first English patent was granted back in 1791 although from 1752 onwards washing machine designs began to emerge in various shapes and forms. In 1782 Henry Sidgier patented the first rotating drum washer, using fins and grooves to grind dirt out of clothing, but this was a manual device. It was not until the 19th century that steam would be used to power washing machines with the first laundromat “coin in the slot” system unveiled in Fort Worth, Texas in 1934. The first automatic washing machine was manufactured by Bendix Home Appliances in 1937 and as they say the rest is history! 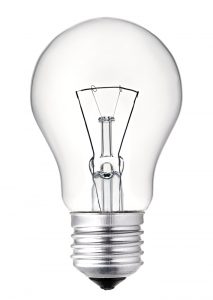 While Thomas Edison is often credited as creating the first lightbulb on 14 October in 1878 the history of lightbulbs goes back many years previous. We know that Humphry Davy started the long journey to the modern day light bulb with the creation of his “electric arc lamp” which was effectively electricity flowing through a piece of carbon to create a heat light. The challenge of creating a commercially viable light bulb took many years to perfect with British scientist Warren de la Rue creating his own version which was a coiled platinum filament in a vacuum tube through which an electric current was passed. While groundbreaking in its day it was the cost of platinum which made this particular product unviable from a commercial point of view.

Various prototypes came and went before Canadian electricians Henry Woodward and Mathew Evans came up the idea of carbon rods held in glass cylinders, then filled with nitrogen, through which electricity could be passed. Despite attempting, and failing, to commercialise their “light bulb” they eventually sold their patent to Thomas Edison in 1879. Edison tested various filaments eventually creating a carbonised Bamboo filament light bulb with a life of 1200 hours. In 1880 the Edison Electric Light Company was born to commercialise the world’s first viable mass-market lightbulb. 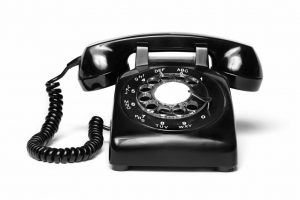 We often take mobile phones and landlines for granted even though the telephone still remains one of the most innovative products of all time. The mechanical “tin can telephone” device can be traced back to 1667 when British physicist Robert Hooke revealed the most basic of telephones. The inventor of the electrical telephone has been disputed for centuries although Alexander Graham Bell would appear to have had the first telephone patent which was granted back in 1876. There is speculation that he “stole” the idea from Elisha Gray but decades of court cases, accusations and rumours have done nothing to clarify the situation.

The original electric telephone was based upon the same concept as electrical telegraph which had been available for many years prior to Alexander Graham Bell’s “discovery”. The device only really became commercial viable after the invention of commercial telephone exchanges. It is believed that US inventor George W Coy built the world’s first commercial switchboard which went live on 28 January 1878 beating Alexander Graham Bell to the punch. 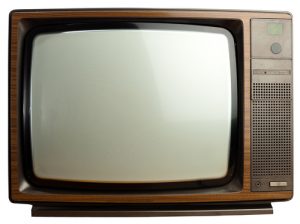 The television we see today has its roots back as far back as 1897 when English physicist J.J Thomson began investigating the use of cathode rays which eventually led to the creation of the cathode ray tube. The first working cathode ray tube was created by German physicist Karl Ferdinand Braun in 1897 and became known as the Braun tube. There was much talk about how cathode ray tubes could be used as both transmitting and receiving devices. However, it was not until 25 December 1926 that Kenjiro Takayanagi was able to demonstrate the first working model 40 line resolution TV set. Unfortunately, Takayanagi failed to apply for a patent which left the field wide open to competitors around the world.

The first “TV transmission” occurred in 1929 when Philo Farnsworth transmitted live images of his wife on to a receiving TV. While the image was relatively small and not perfect resolution, because of the bright lighting required, it was a breakthrough nonetheless. Over the years there has been much confusion, discussion and controversy regarding the first patent for the television. This proved particularly expensive for US media giant RCA which acquired an ineffective patent from Westinghouse Electric and challenged the broad nature of Farnsworth’s patent application. After various legal challenges RCA lost the case in 1939 although the company came to an agreement with Farnsworth to pay US$1 million over a ten-year period together with various licensing payments. The age of television was now upon us! 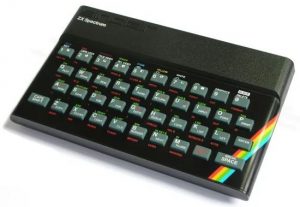 While the likes of IBM and Microsoft dominated the computing industry for many years they did not bring the first home computers to the market. Even though the concept of a “home computer” had been discussed as far back as 1965 it was not until 1975 that Altair brought the MITS Altair 8800 to the market. This immediately prompted release of the IMSAI 8080 which was effectively a clone and the home computer market was up and running. These systems revolved around the Intel 8080 CPU and saw the emergence of Bill Gates and Paul Allen – who formed Microsoft after producing a BASIC compiler for Altair. In 1976 Apple, under the direction of Steve Jobs and Steve Wozniak, brought the first Apple computer to market. Then followed the electric pencil, word processing programs and the old-style floppy disk drive.

Sir Clive Sinclair is seen by many as the father of the home computer after he introduced the Sinclair ZX80 in 1980. Such was the popularity of this machine that initially there was a waiting list of several months. Very quickly the ZX Spectrum, Commodore 64, Atari 800XL and BBC microcomputers followed with the BBC computer particularly popular in schools. In August 1981 IBM released the IBM Personal Computer which was the beginning of a very lucrative yet volatile journey for the company. 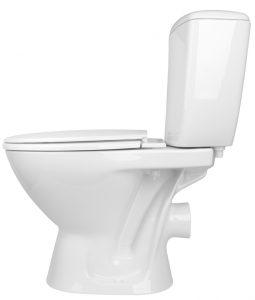 However, it was not until the mid-19th century that flushing toilets became popular with greater awareness of disease and infection as well as the introduction of the London sewage system. Indeed George Jennings created his own water closet manufacturing company in the 1940s introducing his system to the masses at “The Great Exhibition” of 1951. The term “spend a penny” derives from the toilets at “The Great Exhibition” where over 827,000 people paid one penny each to use the first public pay toilets.

While the invention of the car is very closely associated with that of the internal combustion engine there were in fact steam powered vehicles on the road as early as 1769. This was the year that Nicolas-Joseph Cugnot released the first full-scale self-propelled vehicle in the shape of a steam powered tricycle. While Karl Benz is widely recognised as the inventor of the modern day car, French inventor Gustave Trouve was showing off his electric powered vehicle in 1881. This was a full four years before Karl Benz built his first vehicle (a three wheel vehicle) in 1885, having been granted the first patent for an internal combustion engine in 1879.

While only 25 of these vehicles were sold between 1888 and 1893 Benz then went on to launch the first four-wheeler also releasing various modified engines along the way. There are a number of dates closely associated with the birth of the modern day car but for many people August 1888 was when it all began – the month Karl Benz famously set off on the first ever “road trip” with his wife Bertha Benz. 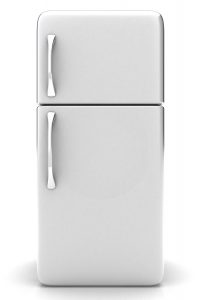 Like so many everyday items we take the refrigerator for granted even though at the time it was a major step forward in technology. Prior to the use of artificial refrigeration machines, icehouses and other similar storage facilities served a purpose. Scottish professor William Cullen designed a refrigerating machine in 1755 using a partial vacuum to boil diethyl ether which then absorbed all of the heat in the surrounding air. This created a cool environment and a small amount of ice was said to be visible. However, he was ahead of his time and it wasn’t practical to mass-produce this refrigeration system – but it was certainly a step forward.

By 1805 American inventor Oliver Evans was working on a closed vapour compression refrigeration cycle which created ice. In 1820 British scientist Michael Faraday liquefied an array of gases including ammonia by creating a high-pressure low-temperature environment. However, it was not until 1834 when British expat Jacob Perkins produced the first working vapour compression refrigeration system. Due to the fact it was a “closed system” it was able to operate continuously with no leakage.

We then saw various attempts at commercially viable refrigeration systems but it was not until 1913 that the first domestic refrigerators were invented by Fred W Wolf. Further improvements followed including automatic controls, absorption refrigerators, stand-alone systems and then the extremely popular General Electric “Monitor-Top” which really opened up the market. Over the years we have seen the removal of potentially toxic gases, more environmentally friendly refrigerators and a whole array of gadgets such as automatic defrosting and ice making compartments added. 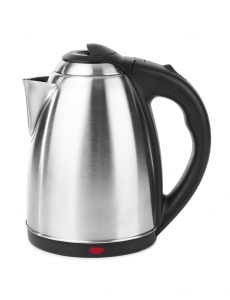 Who would have thought that the basic kettle was being used as far back as 3500 BC? These bronze vessels were used as a means to hold water while it was heated from underneath with this particular concept holding true until the end of the 19th century. It is difficult to pinpoint any one inventor who brought about the “electric kettle” as an array of companies and individuals sought to take credit. We have Compton and Co. creating what many believe to be the first electric kettle using a heat radiator concept under the vessel. 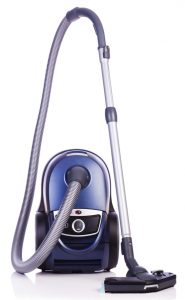 While the likes of Dyson tend to grab the headlines in the UK vacuum cleaner market we can trace the original development back to 1860 when manual vacuum cleaners were invented. Based upon the concept of a carpet sweeper they used rotating brushes and bellows to create suction. While ground breaking in their day they were bulky, difficult to use and never really caught on. Fast forward to the end of the 19th century and we saw John S Thurman of Missouri patent a “pneumatic carpet renovator” which blew dust into a receptacle. Powered by an internal combustion engine this was to all intents and purposes the first powered vacuum cleaner.

Many inventors around the world were working on their own version of a powered vacuum cleaner with British engineer Herbert Cecil Booth launching his machine in 1901. The “portable” machine used suction power to draw air through a cloth filter although the original machines were huge and difficult to market. US inventor David T Kenney created his own version but this was a stationary 4000 lb steam engine powered vacuum which had extendable pipes and hoses. While William Henry Hoover is a name synonymous with vacuum cleaners it was actually department store janitor James Murray Spangler who obtained the successful patent in 1908 – which Hoover later acquired after Spangler ran out of funds. His patent for a portable electric vacuum cleaner, which used suction created by an electric fan, formed the basis of the highly successful Hoover Company. Then we saw the introduction of steel cased machines, casters and an array of attachments allowing users to get into every nook and cranny. As they say, the rest is history!

What are YOUR top 10 innovative products?

Everyone has a different opinion, so let’s her yours! Please leave your comments below listing what you consider to be the top 10 innovative products of all time.

Solidworks Forum – Top 5 on the Web
What is a Profilometer and why is it used?
Skip to toolbar
By using this website you agree to our Cookies usage and Data Transfer in and outside of the EU. We and our partners operate globally and use cookies, including for analytics, personalisation, ads and Newsletters: Find out more.