The date September 11, 2001 will be forever etched in the minds of millions of people around the world. This was the day that the World Trade Center Twin Towers were attacked by terrorists using airplanes as their weapons of choice. It is difficult to comprehend both the construction excellence which brought the towers to life and the utter devastation which led to their extremely quick collapse. Conspiracy theories abound where the subject of the Twin Towers is discussed and while the political elite of America have not helped the situation by refusing to release all information about the terrorist attack, many experts have their own theories on the collapse. 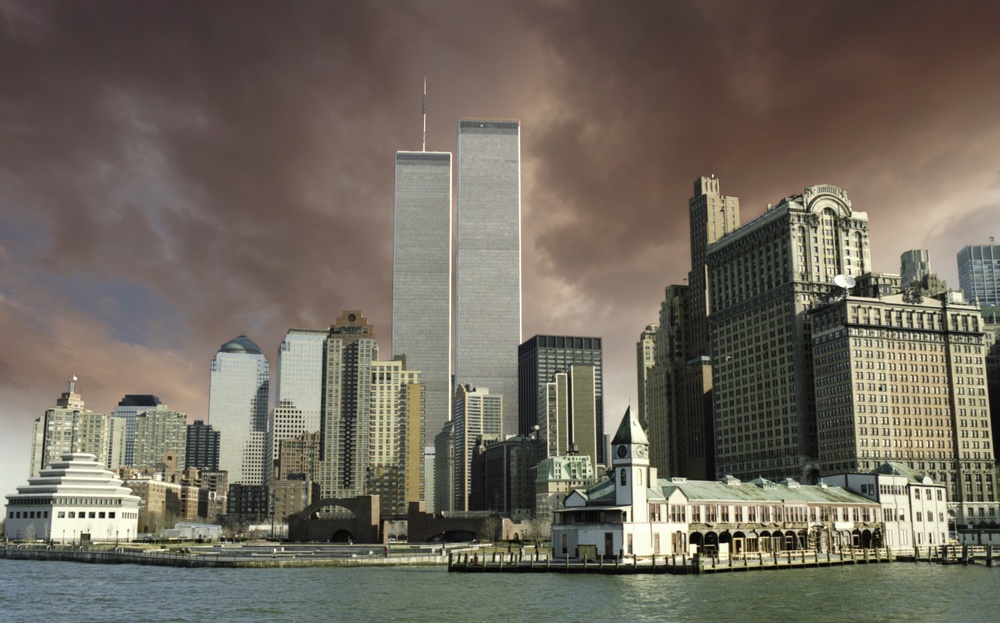 Before we take a look at the more widely held reasons why the Twin Towers collapsed it is perhaps worth taking a look at the construction and the various ground breaking elements of this project.

A tube within a tube

One of the many terms to describe the way in which the Twin Towers were constructed is “a tube within a tube”. In layman’s terms the buildings were quite literally held together by a core structure in the middle and an outer wall both of which consisted of an array of steel columns. As the stairways and the lifts were located in the central core, and the outer core supported the floors, this created enormous open plan office space. In hindsight, some may have been more comfortable with more steel columns between the outer wall and the core of the building but in reality no faults were found with the structure of the buildings.

It is easy to forget that when built back in the 1970s the Twin Towers were literally the pinnacle of the skyscraping sector. Each building was in excess of 1360 feet (415 m) in height making them the tallest buildings in the world at the time. Creating much sought-after office space in New York’s financial district the construction of the Twin Towers cost $400 million. The super strong enormous exterior steel columns surrounded the building offering support for the structure. Each steel column was just 2 feet apart and at every floor of the Twin Towers they were locked together to create enormous open plan offices on each level.

In many ways this was a throwback to the original design of skyscrapers whereby the outer structure played a greater role in the actual supporting of each floor. Many people also forget that due to the size of the buildings there were real issues with strong winds although the buildings were in theory able to withstand wind speeds of up to 150 mph. This was simply because of the rigid nature of the outer tube and the firm base of the inner tube leading many to believe the Twin Towers were literally invincible.

Historically the engineering profession believed that 85 stories in a skyscraper building was the maximum before the elevator system began to cancel out any space advantage. This was because elevators were required for certain ranges of floors with for example elevator one covering floors 1 to 20, elevated two 21 to 40, etc. this meant that each lift required its own shaft thereby increasing the bank of elevators required for taller buildings. However, the elevator system used in the Twin Towers was revolutionary but ultimately simple.

Placing what were described as “sky lobbies” on the 44th and 78th floors the new design allowed each bank of elevators to be stacked directly above one another. This meant fewer elevator shafts through each of the Twin Towers compared to earlier designs. This may seem fairly simple but it meant that while historically any elevators required above the 85th floor effectively took more room out of the ground floor office space this was not the case when they were stacked together. As you can imagine, more ground space meant more rent which meant more income for the owners of the buildings. A win-win situation….. 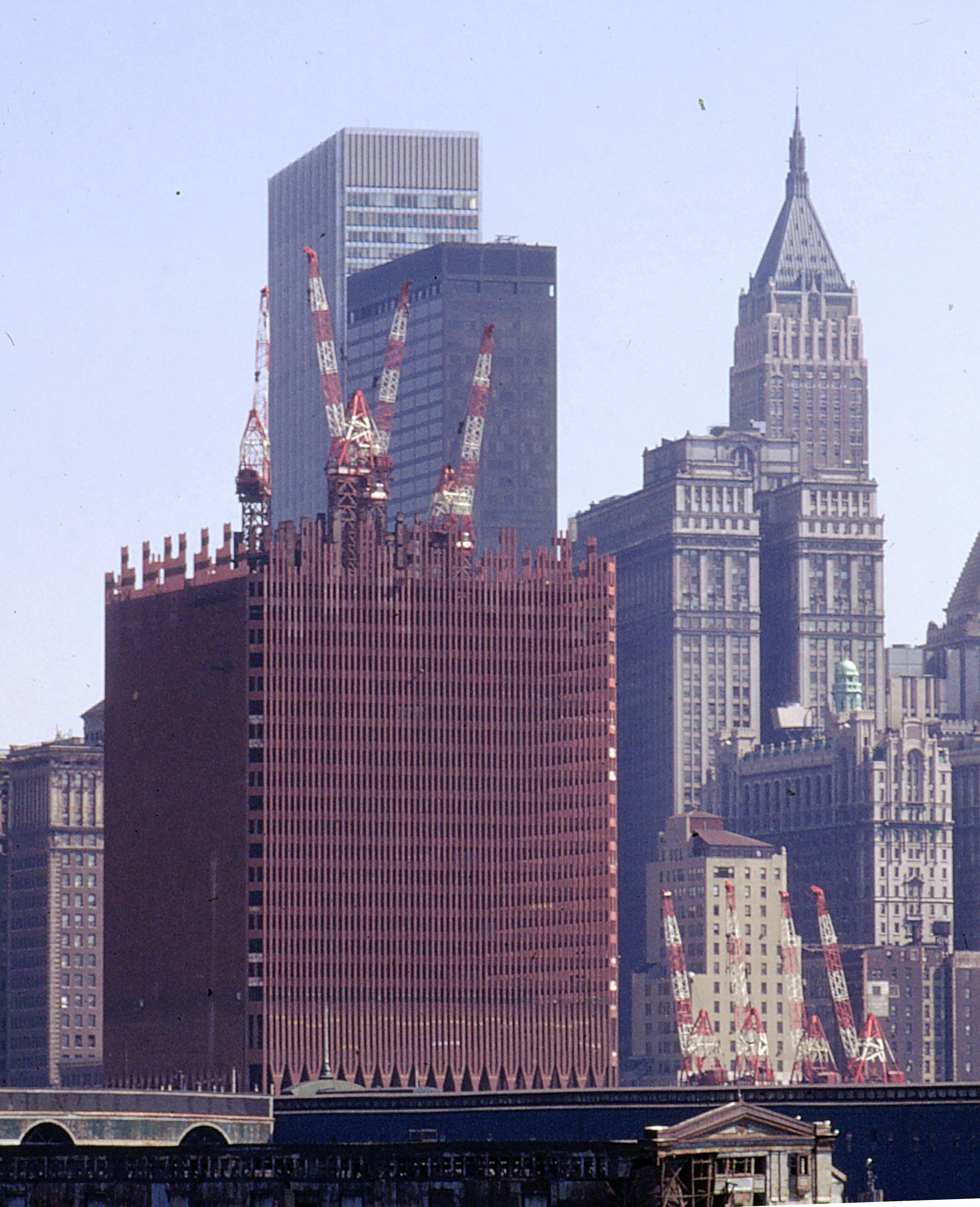 When you bear in mind the size of the Twin Towers it would have taken an extremely long time to individually place each steel beam in the outer walls and the inner core. In what can only be described as a monumental effort those constructing the Twin Towers were able to assemble the exterior walls in blocks of three stories and 60 feet long flooring which fitted perfectly into place. At the height of the construction it is believed that 800 tonnes of prefabricated structural steel were slotted in on a daily basis. Can you imagine 800 tonnes of prefabricated structural steel outer walls lifted by huge cranes to heights which were approaching the peak of construction safety and endeavour?

As the Twin Towers began to move towards the clouds we can only imagine what the engineers must have thought when the final piece was laid. Each building at 110 stories housed the creme de la creme of America’s financial sector. The views from these buildings must have been absolutely breathtaking.

The collapse of the Twin Towers

Due to heightened anxiety regarding terrorism and scepticism of the US government the fact is that many of the conspiracy theories surrounding the Twin Towers will never fade. In the aftermath of the disastrous collapse, which was as sudden as it was shocking, a number of studies were carried out. Reports by the American Society of Civil Engineers, Federal Emergency Management Agency and the National Institute of Standards and Technology all came to a similar conclusion.

Even though consideration had been given to how the Twin Towers would react in the event of a plane crash, and such events have happened in years gone by during misty conditions, the ferocity of the Twin Towers attack took everybody by surprise. We heard rumours of insurance claims, incendiary devices and disbelief at the speed of the collapse and while the authorities have not helped themselves with a veil of secrecy perhaps the truth was lost in this process? 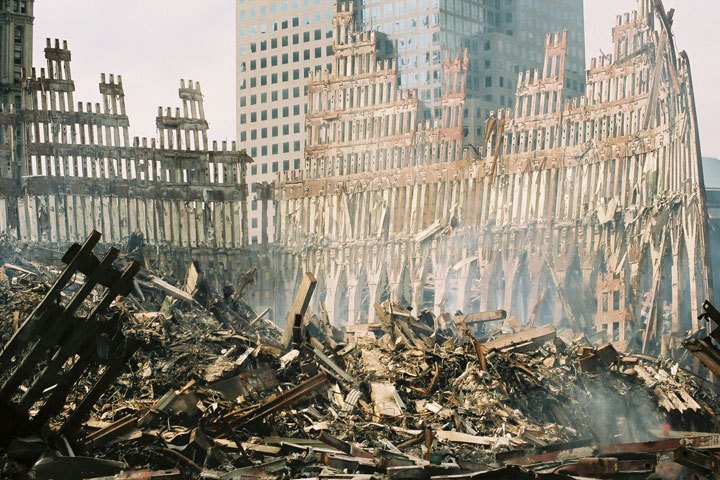 Many experts have come to the same conclusion, the impact and the fire associated with the airplanes crashing into the Twin Towers caused extensive structural damage to the outer walls. The resulting fire added to the impact damage, causing localised floors of the buildings to sag which then pulled the supporting outer steel columns inwards. There are numerous photographs showing the “bowing” of the outer walls and as the floors continued to sag deeper and deeper the damage was done. Official reports show that external wall failures on the south face of World Trade Center One and the east face of World Trade Center Two led to the catastrophic collapse of the structures.

While engineers around the world have a reputation for factoring in some of the most extreme conditions to test the safety and structural integrity of their designs, the almost pinpoint accuracy damage caused by the airlines crashing into the Twin Towers could not be accounted for. It will be interesting to see whether the future design of skyscrapers returns to a more modern approach with additional banks of steel support even if this does lose some of the much sought-after and extremely expensive floor space. Have we reached the pinnacle of the skyscraper industry or will engineers and designers still continue to push for the stars?

2 thoughts on “The rise and fall of the Twin Towers”